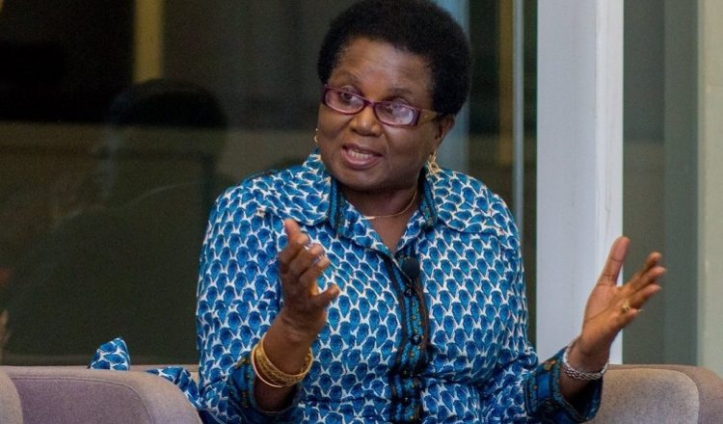 A favourite friend of mine keeps asking why I did not take my husband’s name. Whilst there is no deep reason except that I like the name I grew up with, the persistent question leads me to think of the subject of changing names.

Take, for example, the section in the advertising pages of Ghanaian newspapers which goes under the headline of Change of Name. The narrative there often goes like this: I, Mary Akua Brown of house number 55, Mahogany Street, Mangoase, now wish to be known and called Mrs Mary Akua Opoku. All documents bearing my former name still hold valid.

It is easy to understand what is going on here. A Miss Brown has got married to a Mr Opoku and wants to adopt her husband’s name and be called Mrs Opoku.

On the same page, you would often find a Mrs Cynthia Ama Boateng now wishing to be known and called Miss Cynthia Ama Mensa. It is also easy to work out this one too, as Mrs Cynthia Boateng’s marriage has broken down and she wants to revert to the name she had before she got married and assumed her husband’s name.

There are others that fall in the category of Benjamin Kwame Mensa wishing to be known and called Kwame Mensa; lots of people drop the Christian name they had never liked or turn the Christian name, in this case, the Benjamin into an initial, B. and thus would now be known as B. Kwame Mensa. Some people had assumed names given to them by teachers because the schools in those days insisted on everybody having a “Christian” name, which is defined as a name found in the Bible.

Then there are the name changes I could never work out; Cyril Kofi Mensa Ansah now wishing to be known and called Ebenezer Kwaku Adom Yusuf. This always leads me to think there is something suspicious going on, like a new and, probably, stolen identity is being assumed.

This penchant for changing names is not limited to individuals. The naming and renaming of structures, roads and towns is a national obsession. We, after all, changed the name of our country at independence from Gold Coast to Ghana and we are justifiably proud of that. There is no reason why we should be defined by a name given to us by our colonialists.

Sometimes, the change is really a case of correcting a past mistake, like the Indians abandoning Bombay, which is how the lazy Brits chose to call Mumbai or insisting on Beijing instead of Peking, which is how the world used to know and call the Chinese capital. When I knew the town back in the early 1960s, it was called Kibi, today it is Kyebi. But then, maybe, like Mumbai and Beijing, the locals always called it Kyebi and it was left to us strangers to call it Kibi.

Sometimes, the change can only be attributed to wanting to score a point. Ghana is not known for many dramatic architectural structures. But when the Huffington Post put up a list of the Most Stunning Presidential Palaces back in 2010, Ghana’s newly constructed presidential office and residential complex featured on that list.

When it was completed and commissioned in 2008, President John Agyekum Kufuor, who built it and was roundly abused for his efforts, named it Golden Jubilee House.

When the late President John Evans Atta Mills won the elections that year, soon after the commissioning, he refused to move there but had the name of the complex changed to Flagstaff House. That was what the place was known when the original structures built there were occupied by the British Military Command and later by independent Ghana’s first President, Kwame Nkrumah.

When President Mills died in office in 2012, the place almost became a cemetery when seven graves were dug on the premises to bury the dead President and probably future dead ones as well. Mercifully, that plan was abandoned. The next President, John Mahama, moved into the offices and for a few days, and the building became Jubilee Flagstaff House until it reverted to Flagstaff House again.

Something told me we had not seen the end and true enough. When President Nana Addo Dankwa Akufo-Addo came into office in 2017, the presidential office and residential complex was formally renamed Jubilee House.

Some of the name changes end up in a total fiasco. I recall, for example, the attempt by the then Mayor of Accra to mark the first anniversary of the death of President Mills, by renaming the national hockey pitch, the John Evans Atta Mills Hockey Stadium, erasing the name of Madam Theodosia Okoh, who had been a famous hockey player and administrator. Now sadly passed on, she was at the time a redoubtable 91-year-old in dignified retirement, who also happened to have been the person that designed the national flag of Ghana.

That particular name change, or attempt at name change, caused such an uproar that the then President of the Republic was forced to intervene and the Mayor had to beat a retreat to the original name.

I am glad I decided to stick to my name.

I must make a correction to part of the article I wrote titled Only Lawyers would Understand.

In narrating the story about lawyer Ohene Djan’s infamous murder trial, I did not state correctly how the trial ended. Let me try and have another go and see if I get the sequence correct this time around.

Dr Ohene-Djan, a famous Sunyani lawyer, was arrested, charged and brought before the courts and put on trial for murder. After the prosecution had finished and after the accused person, Dr Ohene-Djan, himself had gone into the witness box and testified on his own behalf, when it came to delivering the judgment, things took a strange twist (strange to us non-lawyers, that is).

After the judge (a lawyer), the Director of Public Prosecutions (a lawyer) and the accused person’s lawyer had some lawyerly discussions, the judge announced that Ohene-Djan had been found guilty and was being convicted of manslaughter.

He hadn’t been accused of, nor tried for manslaughter and at no stage during the trial had there been any talk of the murder charge being changed to manslaughter, but he was suddenly convicted of manslaughter.

Now, here is the correction I must make: he was not “let go” as I wrote. He was sentenced to 15 years’ imprisonment and served two to three years and then benefitted from some general amnesty and immediately left for the United Kingdom.

My apologies for missing out the 15 years sentence and him serving two or three years of it, even if it does not change the point being made of a murder charge and trial being changed to manslaughter at the point of sentencing.

I shouldn’t really be making sloppy mistakes if I am going to be questioning.

DISCLAIMER: The Views, Comments, Opinions, Contributions and Statements made by Readers and Contributors on this platform do not necessarily represent the views or policy of Multimedia Group Limited.
Tags:
Change of name
Elizabeth Ohene