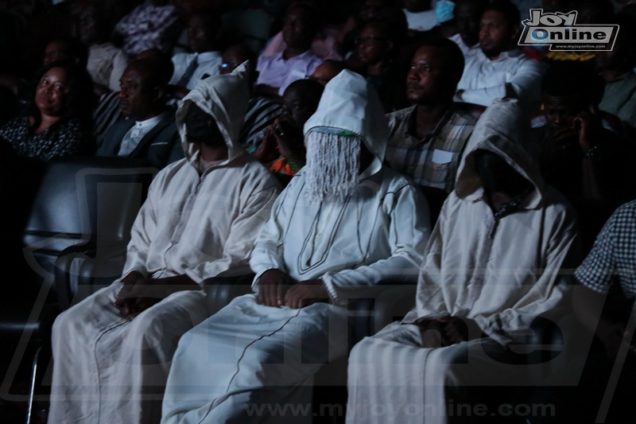 I have not seen the latest Anas video, dubbed Galamsey Economy. I am following the stories surrounding the video and I acknowledge that many of us had been sent off track when the first announcement of the approach of the video was made.

I did, like many other people, think that this was going to be a documentary on illegal mining and the devastation being wrought on our lands and water bodies.

Yes, I was holding my breath to find out the big names that were behind the galamsey phenomenon, the names that people hint at, but do not ever disclose.

I was looking for the definitive exposé that will stop the speculation and leave the authorities with no choice but to move decisively on the problem.

It turns out I was wrong and the person that was in the crosshairs of the Anas treatment this time was Charles Adu Boahen, Minister of State at the Ministry of Finance.

It is not clear if our intrepid underground investigator was playing on the nickname, GALANSEY, that Mr Adu Boahen has been known and called by his mates since his childhood days.

I have read the report of an unnamed person who went to the first show, I had also read the writeup in the Crusading Guide by Anas himself trailing the documentary.

Please allow me to reproduce here, the account being circulated on “WhatsApp” of someone who went to watch the first show.

• The documentary lasted for about 45mins or 50mins thereabouts (other people are putting it at 30 minutes).

• About 75 per cent of the time was unrelated to the subject. It captured Akufo-Addo from candidate to Prez and his promises. Additionally, they recapped the Nyantekyi and Charles Bissue story (Kwesi Nyantekyi, we would all remember was the GFA President who was undone by an Anas documentary along similar lines like the current one of fake Sheikhs and dollars in hotel rooms and brought Ghana football into turmoil for years, the ensuing case is in court).

• The event on Adu Boahen focused only on him and no other person was shown in the video (the writeup in the Crusading Guide trailing the video, notwithstanding.)

• Some money was given to him for shopping and he took it.

• People were anxious to watch the documentary so Ghanaians came in their numbers leading to long queues formed outside the auditorium.

• In the end people were angry at the organisers because the documentary was over-hyped.

A number of queasy things emerge from the accounts of this video, not sure if it qualifies as a documentary, but that is another story.

I believe Anas Aremeyaw Anas and his team owe us some explanations.

If, as it turns out, this incident with Charles Adu Boahen was filmed back in 2018, why have they kept it under wraps all this while and why have they chosen this time, November 2022, almost five years later, to release it?

If, in their judgement, they saw what transpired in that hotel room in the United Arab Emirates as so reprehensible, why have they kept it for almost five years?

They have looked on while Charles Adu Boahen served a full term as Deputy Minister of Finance in the first Akufo-Addo government.

They looked on while Charles Adu Boahen was nominated by the re-elected President Akufo-Addo as a Minister of State and vetted by Parliament and sworn into office.

They have looked on as Charles Adu Boahen has performed his duties as Minister of State in the Ministry of Finance.

In the intervening four plus years, one must wonder what they were doing with their film and what relationship, if any, they had with the Minister of State.

Hello, Mr Adu Boahen, good morning, just calling to check up on you and to make sure you remember your encounter with the Sheikhs in the hotel room.

Hello, Mr Adu Boahen, good evening, we saw a picture of you today with a high-powered delegation from some foreign country talking high finance and we just remembered your encounter with the Sheikhs in the hotel room in the Emirates.

Hello Mr Adu Boahen, good afternoon, we do hope you are having a good day, you are on the radio speaking about the government’s plans for the next five years and we thought you might want to remember your encounter with the Sheikhs in the hotel room.

Hello Mr Adu Boahen, long time, we are doing a clear-out of the closets in our offices and we came across some old canned films and we were wondering if you still remembered your encounter with the Sheikhs in the hotel room so long ago.

We deserve some explanations, just so our minds don’t wonder.

Nobody is ever likely to emerge smelling roses when associated with dollars in black plastic bags and once there is a scene captured on camera of the then deputy minister stuffing monies into a plastic bag, it was fair to conclude his fate was sealed.

In spite of the fact that he said in the course of his unnecessary premature counting of dividends that he believes in working for his money, that stuffed plastic bag paints a picture of greed.

It is not disclosed in the video how much there was of the dollars given to him as shopping money and he must have cursed himself a thousand times since that day he didn’t turn down the offer.

Surely, he didn’t need that money and he could have done without whatever shopping he did that day, but I suppose we can all think of some things we would have done differently and we are just lucky our moments were not captured by hidden cameras.

Some have made the point that it would have been culturally unacceptable to turn down “shopping money” offered by millionaire Sheikhs in the Emirates. Maybe we should all not be so concerned about upsetting the cultural sensibilities of unknown rich people.

As far as the parts in the video in which the Vice-President was the subject are concerned, I am going to stick to the then Deputy Finance Minister saying: the Vice-President is not really like that. I am also mindful of the fact that we were taught to resist what lawyers call leading questions when conducting interviews.

Tiger Eye says this was a documentary aimed at exposing those making Ghana unattractive for investors and cut deals at the expense of the state.

If indeed, they had managed to “penetrate the modus operandi” of these people and had then kept silent for almost five years, they must be almost guilty of collusion. We need some answers.

DISCLAIMER: The Views, Comments, Opinions, Contributions and Statements made by Readers and Contributors on this platform do not necessarily represent the views or policy of Multimedia Group Limited.
Tags:
Anas Aremeyaw Anas
Elizabeth Ohene
Galamsey economy
Tiger Eye PI