Elvis Kwashie will be missed for his professional competence and unique leadership qualities - MGL - MyJoyOnline.com 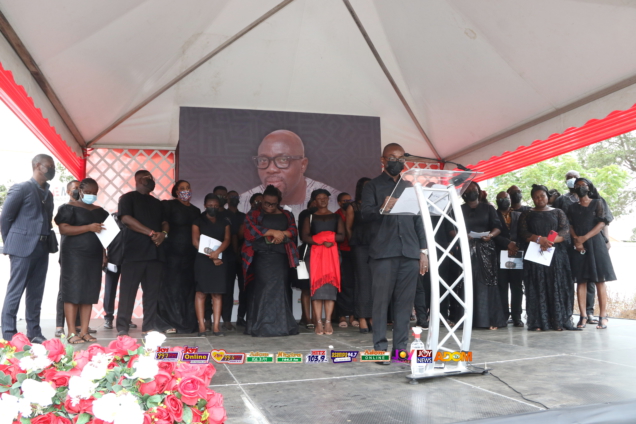 The Multimedia Group has celebrated its late General Manager of Joy Brands, Elvis Koku Kwashie, for his exceptional leadership attributes.

According to the media conglomerate, Mr Kwashie was an epitome of a great leader who looked out for the welfare of his subordinates to achieve the expected outcome of the brand.

The tribute read by Nana Elegba, Chief Human Resource Manage of the Group noted that Elvis Kwashie’s special attributes amongst many other phenomenal characteristics have left an indelible mark in the lives of many.

“Efo Koku will be missed for his professional competence and the unique leadership he provided for the Joy brands.

“He will also be missed for the guidance he provided to many members of the team in their personal and professional lives,” Nana Elegba read on Saturday.

Elvis Koku Kwashie passed in the late hours of Tuesday, December 28, after a short illness at the University of Ghana Medical Centre (UGMC).

This sad incident, Nana Elegba said took everyone at the Group by surprise.

“You had taken ill suddenly at the beginning of December and news of your illness had not even trickled down to the entire team. We were convinced that your illness was a temporary setback and that you would recover from it and come back to work in no time.

“We were, therefore, struck with utter shock and disbelief when news broke that the ‘commandant’ of the Joy Brands had gone to be with his maker. We were simply lost for words. Oh! Efo! Elvis! Koku! Elder! You cannot possibly be gone,” [..] read.

Recounting the godly character of the late Manager, Nana Elegba said “Elvis took our mantra, “Christ at work” very seriously and was a living spiritual compass for many of the young men and women in the business.”

He noted that Mr Kwashie took a personal interest in their spiritual growth and spent hours nurturing them.

“Elvis can rightfully be described as the soul that held the vibrant newsroom and the Joy Team together in the midst of any storm and he ensured that the team never wavered in its resolve to hold high the flag of true media independence, fearlessness, and credibility.”

The Group commended the deceased for his contribution to the company and promised to keep his memory alive.