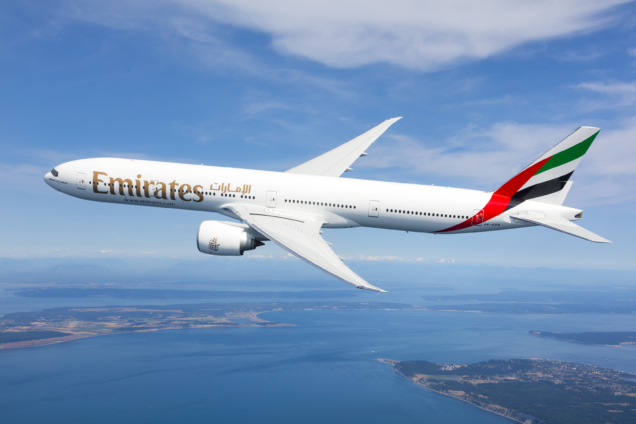 Emirates has announced it will resume non-stop services to Seattle from (February 1), Dallas and San Francisco (from March 2), offering its customers seamless connectivity via Dubai to and from popular destinations in the Middle East, Africa, and Asia.

The airline will also be providing its customers more options and choice with additional flights to New York , Los Angeles and São Paulo.

Emirates customers also have seamless access to other US cities via the airline’s codeshare agreements with Jetblue and Alaskan Airlines.

In South America, Emirates will be introducing a fifth weekly flight to São Paulo (from February 5th), offering customers in Brazil even more travel options with greater access to its expanding network.

Beyond São Paulo, Emirates customers can enjoy seamless connectivity and access to 24 other cities in Brazil via the airline’s codeshare partnership with GOL and its interline agreements with Azul and LATAM.

Emirates has safely and gradually restarted operations across its network and currently serves 114 destinations on six continents.

Since it safely resumed tourism activity in July, Dubai remains one of the world’s most popular holiday destinations, especially during the winter season.

The city is open for international business and leisure visitors. From sun-soaked beaches and heritage activities to world-class hospitality and leisure facilities, Dubai offers a variety of world-class experiences.

It was one of the world’s first cities to obtain Safe Travels stamp from the World Travel and Tourism Council (WTTC) – which endorses Dubai’s comprehensive and effective measures to ensure guest health and safety.

DISCLAIMER: The Views, Comments, Opinions, Contributions and Statements made by Readers and Contributors on this platform do not necessarily represent the views or policy of Multimedia Group Limited.
Tags:
Emirates