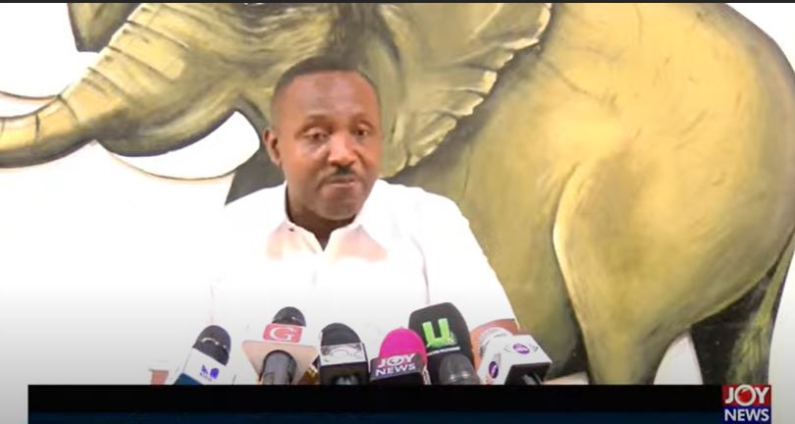 General Secretary of the governing New Patriotic Party (NPP) John Boadu, has called on delegates to endorse his experience and hard work to enable the party to break the eight-year power shuffle between the two leading parties.

Mr Boadu, who has held the General Secretary position of the party, both in acting and substantive positions since 2015, is seeking to lead the party again into the 2024 election.

He further indicated that having risen through the ranks, from polling station chairman to General Secretary of the NPP, he had gathered enough experience to navigate the way through the 2024 election.

The incumbent General Secretary said he deserves another term in office because almost all members of the current National Executive Committee are moving out of office, or seeking new positions in the party.

Mr. Boadu also believes it will be suicidal for the NPP to sideline the only experienced hand they have on board, especially when the party will be going into the 2024 general elections with a new Presidential Candidate, National Chairman, National Organizer, amongst others.
He said his decision to seek re-election as General Secretary is in the best interest of the NPP.

According to him, having laid the solid foundation in preparation for the 2024 general elections, it is imperative not to bring an entirely new and relatively inexperienced team to lead the party in what promises to be the most difficult General Elections to be contested by the NPP as it seeks to break the 8, which no political party has been able to do in the Fourth Republic.

“I am a person who delivers. I was given the opportunity twice to help the party in power and have done nothing less. I have done exactly that and even more excellently by restructuring the party. From where I sit and per my records and experience, I am the best person for this position going to 2024,” he added.

He assured that if his mandate is renewed, he will lead the party to deliver a historic three-term victory come 2024.

“If we have to win the 2024 election and break the eight, we need experience and hard work, and this is what I offer,” he said.

To be able to help “Break the 8”, he stated that he needs to steer the administration of the party.

Mr. Boadu said he has the “gravitas to match the NDC boot-for-boot”.

He said he had successfully fulfilled most of the promises he made when he campaigned for election as General Secretary in 2018.

According to him, arrangements have been put in place for the NPP ideological institute to take off, adding that the promise to revamp the party structures from the grassroots to national had been fulfilled.