Energy Minister indicts ECG management, past boards, others for sad state of company 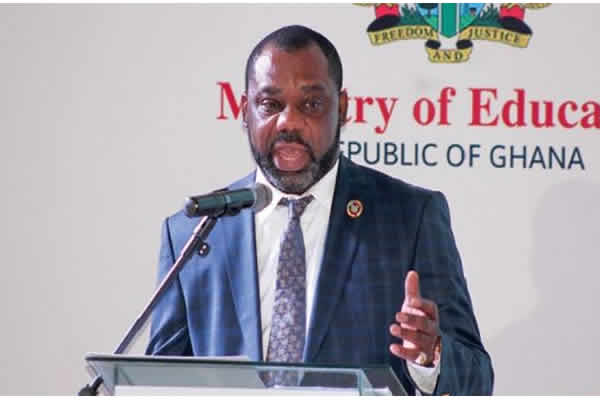 Energy Minister, Dr Mathew Opoku Prempeh says government has taken a firm decision not to enter into a take or pay agreement in the power sector, accusing the management of the Electricity Company of Ghana, past boards, among others for the sad state of company.

Describing the arrangement mostly between the ECG and the Independent Power Producers as inimical to the economy, Dr. Opoku Prempeh indicated that any power contract in the future will be devoid of such clauses to guarantee value for money.

At a swearing in of the newly constituted governing board of the ECG, the minister urged the board to turn the economic fortunes of the power distributor around.

“We have managed to bring onto ourselves numerous contracts of over 30 where the business model is simply this, if I secure that contract I am a millionaire in Ghana. This is a huge indictment on ECG advising government. And there are those that are telling me that this is what is done, but I go to Europe and America and I don’t see any take or pay, why, is it because we are blacks and we have different international contracts.”

“Who will not like to put up a company that will sell to ECG and whether ECG buys or not he takes his money. Who wouldn’t like such a company? But the truth is that we can’t afford it, take or pay is inimical to the economy”, he explained.

“So those who sat at ECG and negotiated because they were staff and put it before the board and the board too approved it, we should all hold ourselves accountable including the ministry’s and ministers that we all got it wrong, so going forward there will be no take or pay’ he stressed.

The Energy Minister was also unhappy of the ECG’s power supply monopoly in the southern part of the country, saying the company continues to post losses at the end of each fiscal year.

He blamed the situation on poor management, but is demanding a change, warning the country may be forced to look elsewhere for competent management to run ECG.

“It is responsibility of the board to ensure that things change because all the last presidents of the 4th republic including the current president, Nana Akufo-Addo have tried bringing ECG under private management. No one can look at the numbers ECG is bringing and be comfortable and so things must change”, he warned.

Chairman of the board Keli Gadzekpo pledged to turn the business around with new ideas.

Among some of the strategies adopted by former President John Dramani Mahama to end the power crisis experienced between 2012 and 2015 was to improve the generational capacity by entering into several Power Purchasing Agreements (PPAs).

That meant Ghana was almost always at a disadvantage with some of these PPAs with multinational companies.

In 2016, the World Bank raised issues of the excess capacity charges the numerous PPAs had/would generate and believed that will hurt the Ghanaian economy especially the energy sector.

A World Bank report also said Ghana was looking to paying almost $650m annually for excess capacity charges because of the numerous PPAs signed in its bid to end the power fluctuation (dumsor).

Some judgment debt running into millions of dollars have already been awarded against Ghana in some of the take or pay deals.

DISCLAIMER: The Views, Comments, Opinions, Contributions and Statements made by Readers and Contributors on this platform do not necessarily represent the views or policy of Multimedia Group Limited.
Tags:
Dr. Mattew Opoku Prempeh
ECG
Independent Power Producers
Keli Gadzekpo