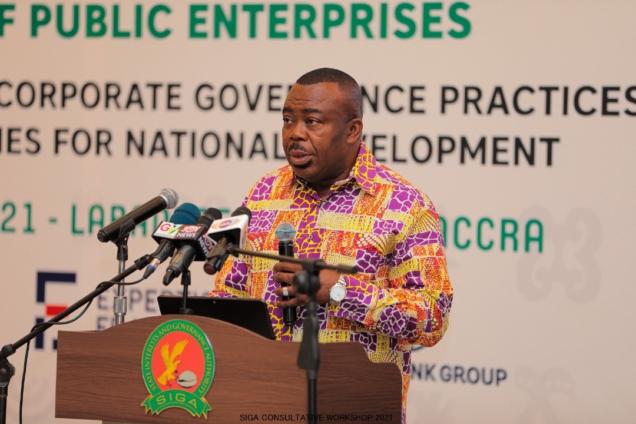 The Energy Sector is the best performing in terms of revenue contribution to the state.

The above revelation was made by the Director-General of the State Interests and Governance Authority (SIGA), Stephen Asamoah-Boateng when he appeared on UTV’s late news segment.

He said contrary to opinion that energy sector entities are a drain on the state, they are among the best performing, accounting for over 60 percent of revenue from State owned-Enterprises, Joint Venture Companies and Specified Entities.

The Director-General of SIGA attributed this turnaround to the leadership of President Akufo-Addo in instituting SIGA to facilitate performance management in SOEs and other prescribed bodies, within the framework of Government policy, to ensure that they operate efficiently, effectively and profitably.

Referring to data from the 2019 State Ownership Report, he said that the lists of top 10 SOEs by revenue and net profit were dominated by energy sector entities such as Electricity Company of Ghana (ECG), Volta River Authority (VRA), Ghana National Petroleum Corporation (GNPC), and Bui Power Authority (BPA).

Mr Asamoah-Boateng also thanked SOEs for been hailed for their improvement in the submission of audited accounts and financial reports by the same State Ownership Report.