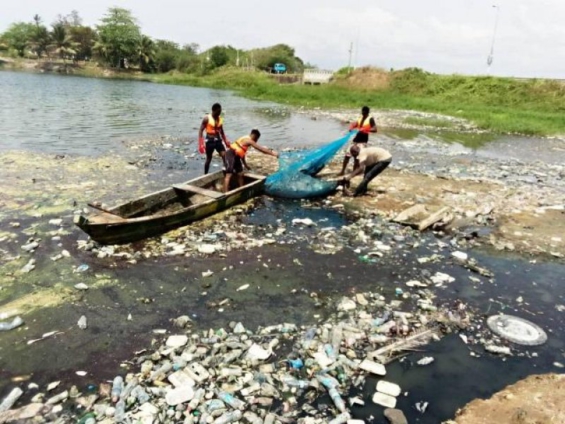 The Leader of Care for Nature, an NGO, Ms Ann Appiah has called for active enforcement of environmental laws to reduce the negative health and economic impact of water pollution on the country.

‘We need to enhance the enforcement of environmental laws to protect ourselves from water and other environmental pollution, which is costing the nation a fortune,” Ms Appiah, said.

The situation of water pollution, she said was more serious in the Cape Coast Metropolis, especially around the Fosu lagoon.

She said the EPA Act 1994 (Act 490), states that the Agency would in collaboration with its stakeholders enforce strictly the standards and guidelines relating to the pollution of air, water, land, and noise in the country.

Ms. Appiah was speaking in an interview with the Ghana News Agency (GNA) in Cape Coast, at the sidelines of a cleanup exercise embarked on by the NGO around the Fosu Lagoon, urged, the authorities to fully apply the laws to protect the environment.

According to her, the exercise was to indicate to the people of Cape Coast and the various stakeholders that the lagoon was dying and needed to be revived into a tourist site to generate revenue for development.

She furthered by saying her organization was willing and ready to work in effective partnership with stakeholders to make environmental protection and sustainable development a common value.

The Care for Nature Leader, said the organization would liaise and cooperating with government agencies, Metropolitan, Municipal and District Assemblies (MMDAs) and institutions to control pollution and protect the environment.

Ms. Appiah advised Ghanaians to support the fight against open defecation and other sanitation challenges confronting the country.