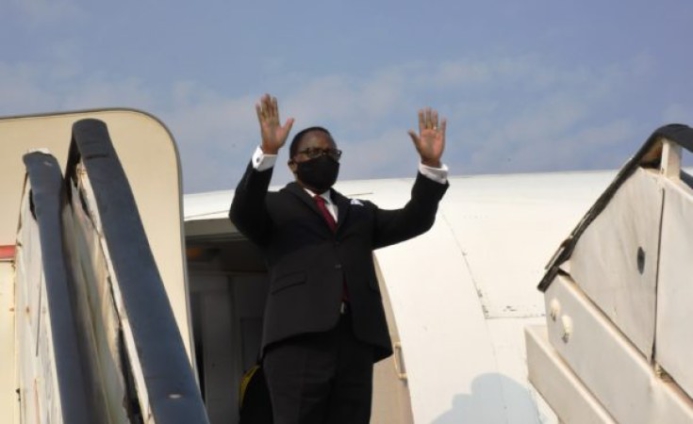 Africa has suffered at the hands of many enemies. Not least of them was western capitalism, whose urgent labour needs gave rise to centuries of Transatlantic slavery. When the need for raw materials became more urgent than labour, we no longer became suppliers of slaves but gold, diamonds, cobalt, cotton, sisal and cocoa. That meant half a century of colonialism that took away our self-esteem, turning some of us into “Black Men with white souls”, to quote Ghanaian novelist and historian, Ayikwei Armah.

But now, historians are wondering whether Africa is not suffering at the hands of its most unfeeling enemy of all time: the African politician.

Thanks to our politicians, Africa has borrowed, been forgiven of our debts and re-borrowed way past forgiveness. We have devalued our currencies, removed subsidies, frozen employment, sold state enterprises and tightened belts, all to feed African politicians who are “unaccustomed to restraint”, with large appetites that must be satisfied at all costs by all means, and now.

Don’t tell me you didn’t hear the latest. Malawi’s President, Lazarus Chakwera, flew to the UK this week to attend a virtual conference!!! He told the airport press before he emplaned that he had to be physically present in London because the internet connection in his country was not reliable. The 10 member delegation of 10. His spokesman told journalists that ”the President initially wanted to travel with, at least, a 60 member delegation, but the UK rejected the proposed 61-person entourage”.

On the 10-member Malawian delegation were the President’s wife, his daughter and his son-in-law. The President told the press that he needed his daughter by his side to provide physical and emotional support during the trip as the First Lady was unwell.

Malawi, a small country with a population of 18.6 million in Southern Africa, has the fourth-highest percentage of people living in extreme poverty in the world.

Another African leader attending is Nigeria’s president, Buhari, but he is officially scheduled for the conference’s in-person events. However, he will remain in the UK for about a week after the summit for a “medical check-up.”

At the hands of the political class, this goings-on in Africa is among the chief causes of the brain drain.

Years ago, poverty and political vendettas chased citizens of a certain West African country to take refuge in Ghana. While here, they reduced themselves to the lowest of the low. Known as “latrine boys”, their work was to remove the pan latrine from homes, empty the human excreta from the smaller pans into their own large carriers, and carry them on foot through Ghana’s streets from house to house till their containers were filled to the brim. From 200 metres away, the foul stench of human excreta greeted our nostrils. They had wives and children!!!

The Democratic Republic of Congo is potentially the richest country in the world. Its untapped deposits of raw minerals are estimated to be worth $24 trillion, but it is the second poorest in the world. Its President, Joseph Kabila, who took power in 2001, is refusing to go away. Before him was Mobutu, who, with his wife, stole 20% of the annual budget. He was personally worth $5 billion.

In the Republic of Congo (Brazzaville), President Denis “powerman” Sassou Nguesso has ruled for more than 30 years. On the other hand, Yoweri Museveni of Uganda has clung to power since 1986. Back then, in 1986, he stated that “The problem of Africa in general and Uganda, in particular, is not the people but leaders who want to overstay in power.”

And now, ladies and gentlemen, welcome to Africa’s joke, Swaziland, the African kingdom whose monarch, King Mswati III, has 15 wives and 25 children, which is slightly tolerable compared with his own father king, had 70 wives. He is on a government salary of $50 million.

When Swazis, at long last, protested and asked for changes, he unleashed the army on the protesters, killing 50. Yet, for the first time, there was no fear in the people’s eyes. After days of deadly protests, King Mswati called for an open forum discussion.

In Ghana, we have had a Head of State under whose rule pretty ladies reigned, at least, those who responded to the invitation to “Fa woto begye Golf”. We have had bus rebranding issues, unresolved Airbus matters with Government Official One and hanging Agyapa deals, among numerous others.

Again, I ask: did Africa sin? Why are we being punished to carry this burden – the weight of over-bloated failed leaders?

By the last estimate, Africa is, at least, 250 years behind the West in terms of development?