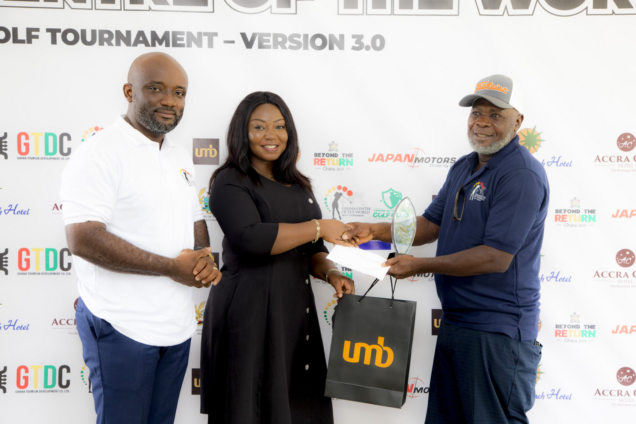 The Achimota Golf Club star shot a one-under-par 71 to claim the coveted title. Three golfers, Korblah, Torgah and John Mawuli Nyarko were tied on overall scores of 141 after exchanging identical scores of 71 and 70 on the opening 54 holes over the first two days.

However, Korblah, held his nerve on an overcast third day to post a total points score of 212.

The tournament was organized by Ghana Tourism Development Company. Kwadwo Odame Antwi, CEO of the company, revealed his outfit used the tournament to market Ghana as the centre of the world.

“We’re aware of the fact that we’ve been blessed with the invisible line of the Greenwich running through Tema Country Golf Club specifically Hole 7. We’ve come up with a project called The Ghana Centre of the World Project and the bigger vision is to turn this place into a modern golf resort capable of hosting PGA-accredited event”, the GDTC CEO revealed.

Manasseh Augustine won the Men’s Amateur event, Tony Anin-Boateng was the champion of the men’s senior’s category while Florence Etwi-Barima was adjudged winner of the women’s seniors event.