Entrapment, a weaponising tool of a failing state 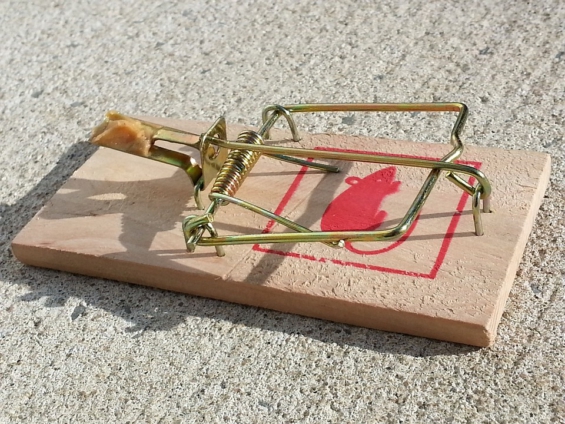 Truth be told, we are gradually becoming a very sophisticated nation by the lifestyles, whims and caprices of the current ruling class; or is it an elite system of governance, including cronies, who dictate what we can and or cannot do, what to think and or cannot think, and what to see and or cannot see.

This system of cronyism – the practice of favouring one’s close friends and family members no-matter-how-distant or close, especially in political appointments or the practice of appointing family and friends to high-level socio-political posts, regardless sometimes of their suitability or otherwise, as well as level of allegiances to the extent that they are owed to individuals and families than the state.

What is most frightening for me, is the disconnect between this class and the rest of the people, making it impossible for anyone outside their class to have the opportunity to contribute, much more question any policy directive that does not inure to the benefit of the generality of our people or against their general wellbeing.

The state of creating fear amongst the populace on the premise that if you value your livelihood, then become blind, deaf and dumb to all happenings going on in this country, thereby creating an atmosphere of seeming silence, except in our homes and worse bedrooms, for anyone to be able to discuss national issues. Worse, the system has been able to subdue and turn ‘most men’ into ‘submissive women’, where most people will prefer to turn the other way and not to see a ‘wrong’ being perpetuated by a known relative of the ruling class. This is also where the police employed to check these infractions, in full view of the act will stay silent as if blind.

When did we get it so wrong as a people and as a nation?

Why would anybody, at this stage of our national life, think of perpetuating anything close to a ‘DYNASTY’ of any sort – a sequence of hereditary rulers or powerful leaders of the same family, stock or group?

When any group, be it a specific political class or interests, begin to harbour such warped dreams akin to ‘BREAKING THE EIGHT’ more for themselves than the entirety of the political party then it is the ‘cronies’ wishing to ensure protection or perpetuation of whatever might have accrued to them whilst in power; and not the interest of the bigger political party.

The grounding of this warped philosophy found expression in the ‘AGYAPADIE’ (inheritance) document, which encapsulates a grand scheme to capture the state of Ghana by taking control over key sectors, including finance, energy, water and mineral resources.

It means therefore that, to this class, the ‘Breaking The Eight’ isn’t really about the New Patriotic Party (NPP) but this chosen people and their cronies; and why no stone will be left unturned to ensure this plan is executed to the full with quite a number of variations since its first and second editions.

What is critical to the success of this blueprint is the most obvious strategy: the subjugation or the act and process of bringing under control or enslavement the people or Ghanaians through various CIT (Communist Inferior Tactics) means, including entrapments.

An ENTRAPMENT is the luring by a law-enforcement agent of a person into committing a crime; the act or process of entrapping or state of being entrapped as in ensnarement, entanglement, quicksand, seducement, booby trap, pitfall, embranglement or caught in a trap or enmeshment, allurement, enticement or embroilment.

I was taken aback when I heard the Minister of Finance, Ken Ofori-Atta intimate that he was seeing semblances of entrapment in the conduct of some of the Members of Parliament (MPs), as this took me back to something that I experienced on Monday, 5th September this year at 15.31, when I received a call from someone who informed me that he was called ‘CHARLES ASARE’.

He intimated that he had worked at the Energy Commission earlier, where he made my acquaintance but now working with a Sankofa Fields company in Axim as the Head of Procurement, offering me a once-in-a-long-while-opportunity of setting up a company as partners in this enterprise.

All that he was expecting me to do after the company setup, was to be informed of all procurement opportunities available so that I put in bids to win them and then we share the profits: quite simple. Unfortunately for him, I didn’t allow him to land before telling him bluntly that “I am not that type of person” and cut the line.

I might be anything and everything but I know for sure that I am not stupid, not for the Schools I attended, including the coincidences that I schooled in Axim Anglican Primary and Middle Schools before passing the Common Entrance Examinations in 1967 for Mfantsipim School, Cape Coast.

This is the same Senior High School as the one attended by the father of Hon. Charles Adu Boahen, the former Minister of State in charge of Finance, late Professor Albert Adu Boahen, whom his boss, the substantive Minister of Finance, Hon. Ken Ofori-Atta is quoted as saying that: “Adu Boahen’s father is responsible for the 4th Republic we’re enjoying” as Ghanaians.

For the record, Prof. Albert Adu Boahen, an old student of Mfantsipim, is the author of the book: “MFANTSIPIM AND THE MAKING OF GHANA: A Centenary History (1876 – 1976)” to mark the School’s epochal celebrations in November 1976 and for this reason, I have an interest in the junior old boy, his son’s matter for good reason.

Hon. Ken Ofori-Atta, Charles’ boss was speaking during his appearance at the Ad Hoc Committee hearing on a Vote of Censure Motion against him, Ofori-Atta, and he used the moment to take a swipe at persons he accused of engaging in entrapments.

We need to understand that NO NATION ON EARTH is a ‘family business’, especially where even monarchies now recognise that it is always about the people, and indeed, all the people. It is for this reason that I abhor the inferences to the fact that we, as a nation and as a people, owe Charles’s father for the advent of the Fourth Republican Dispensation.

So I ask, “And so what?” Is it that because we owe his father, my senior, his address that challenged the ‘CULTURE OF SILENCE’ we were faced with under the PNDC, we should have kept quiet for his place in the ‘GALAMSEY ECONOMY’ exposition by Anas? Please, let us learn how not to join unrelated matters and by that create a mountain out of a molehill.

Otherwise, why are we suddenly being informed now within all the crises we are faced as a nation that the President’s pursuit to build a ‘PERSONAL PRESIDENTIAL’ or is it now a ‘National’ Cathedral is because the late Okyenhene Nana Sir Ofori Atta nurtured a similar wish?

Why are you people not mindful of any sensibilities we need to observe against all the issues we have to deal with now as a people, especially the ECONOMY, Ken’s apology notwithstanding?

Why would anybody addressing congregants at a centenary celebration of a church-state that a great-grandson of Nana Sir Ofori Atta (President Akufo-Addo) is also pursuing similar love for God’s work and fulfilling the wish of his late grandfather by building a house for God (Cathedral) at this particular time?

The Okyenhene was said to have stated that “the whole arrangement happening at a time grandsons of Nana Sir Ofori Atta – he (Okyenhene) as overlord of Akyem Abuakwa, whilst Akufo-Addo is President of Ghana and Ken Ofori-Atta (President’s nephew) as Finance Minister are at the helm, is divine.

I am not sure if I have read my Holy Bible well but I seem to recall that all attempts to build a House for God Almighty have been private and not state. King David’s desire but built by his son, Solomon; Nehemiah’s commitment; and King Darius’s conversion after his encounters with Daniel the Prophet plus others have all been private initiatives and not funded by State.

If I recall, the Executive Secretary of the National Cathedral Project, Dr Paul Opoku-Mensah made a statement, that many took for granted and thereby glossed over; that was, the Cathedral would be the burial site for Presidents and heads of state after construction or is it just one President?

I would not attempt to join two and two together to conjecture the ramifications of this statement but then I wonder what will happen to the existing Presidential Cemetery (also for prominent Ghanaians) and worse still, the ‘Asomdwee Park’ with its additional platforms apart from Prof. J. E. A. Mills’?

Sometimes, I wonder whether we are getting the politicians we deserve because of our own attitudes to this whole national politics: “are you reading about how the supposed government-in-waiting party, the National Democratic Congress (NDC) is going about the elections for the National Chairmanship of their Party? After this, what should be our expectations of such a party than same old….?

No wonder, we are making ‘ENTRAPMENT’, a key part of our politics now, either to silence opposition or question minds and those professing emerging alternatives in this failing state. In some of the stories one reads these days, one is inclined to ask: “Is this Kwame Nkrumah’s Ghana?” How can we get it so wrong after only thirty years of the Fourth Republican Dispensation?

I shudder to think about the kind of future that lies ahead of us as a people and as a nation, and to understand why the ‘ANAS PRINCIPLE’ will always work within our body politick, especially more so, where our political elections at both the individual party levels and the national, every four years is the BIGGEST & FASTEST GROWING INDUSTRY in Ghana?

Why have we so monetized our politics that we just can’t trust people anymore, to the extent that when any politician assures you of his stand on any matter, you know he or she will fail you when the other side offers the real language of African or Ghanaian Politics – money in any currency or better still, American dollars?

Trust me: A CHANGE IS GONNA COME, sooner than later and need I say more…