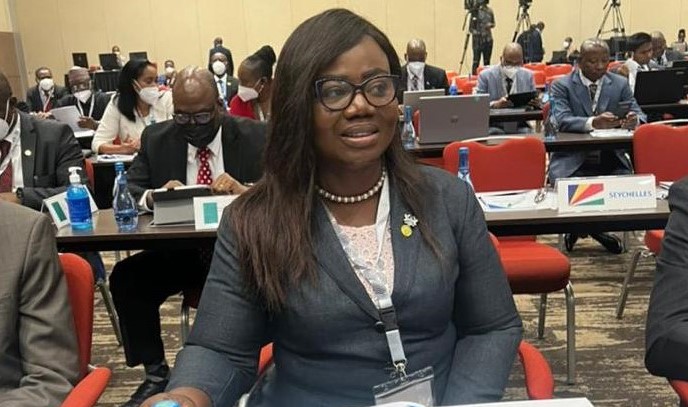 The Executive Director of the Economic and Organised Crime Office (EOCO), COP Maame Yaa Tiwaa Addo-Danquah, has been elected as an Executive Member of the Anti-Corruption Institutions in Commonwealth Africa.

She was elected unopposed to occupy the position at the 12th Africa anti-corruption conference held in Kigali, Rwanda.

The former Director-General of the Criminal Investigation Department (CID) of the Ghana Police Service would serve as Treasurer of the seven-member Executive Committee of Anti-Corruption Institutions in Commonwealth Africa.

The Chief Ombudsman for the Republic of Rwanda, Madelein Nirere, will be the Chairperson.

The conference was under the theme ‘Combating Corruption for Good Governance and Sustainable Development in Africa.’

It discussed the impacts of corruption on sustainable development and strategies for combating corruption.

Heads of anti-corruption agencies from the Commonwealth’s 19 African member states and stakeholders attended the five-day conference.

There was a unanimous decision from delegates on a call for action to strengthen cooperation and collaboration among anti-corruption agencies in Commonwealth Africa to help address gaps in fighting corruption.