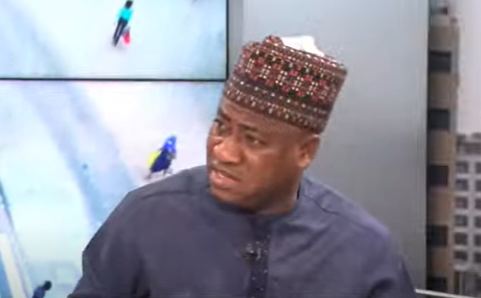 A former Trades and Industry Minister has asked for the Economic and Organised Crime Office (EOCO) to take over the alleged corruption case involving Labianca Group of Companies and the Customs Division of the Ghana Revenue Authority (GRA).

Ibrahim Murtala Mohammed, speaking on JoyNews’ The Probe, believed that the EOCO investigation will delve deeper to ascertain the depth of the rot perpetrated by the two parties between 2017 and 2020.

“Isn’t it in the interest of the staff that the Special Prosecutor goes ahead with the investigation and the EOCO takes it up together with the necessary bodies? Because when they do, and nothing is found wrong, it helps boost the integrity of the institution.

“I am surprised that EOCO hasn’t taken this case up. So allow EOCO to take it up, let there be an investigation and when that is done for all you know several issues may come up including issues that may be shocking to those who are working at Customs,” Tamale Central legislator said on Sunday.

The Office of the Special Prosecutor (OSP) contended that Ms Asomah-Hinneh used her position as a member of the Council of State and member of the Board of Directors of the Ghana Ports and Harbours Authority (GPHA) to get a favourable decision from the Customs Division.

But the Customs Division has refuted the Special Prosecutor’s claim against some of its officials in the case of Labianca Company.

However, the Tamale Central legislator described as ‘amazing’ that Customs Division has refuted the findings.

“It is amazing the desperate attempt by people who should be interested in defending the public purse when there is a clear case of thievery that those people are instead wanting to support those who are engage and deny this state up to an amount of GH₵1 million,” Mr Mohammed stated.