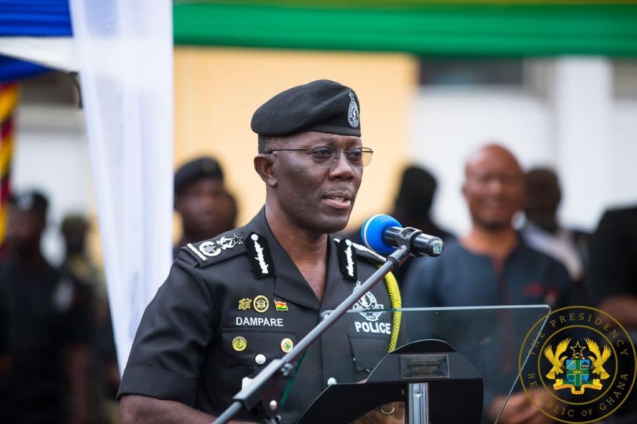 The general Ghanaian population has a growing misunderstanding of the police’s role and obligations, particularly when it comes to civil matters.

The notion is that anything and everything could be reported to the Police. What is more worrying is the attempt by some Police personnel to interfere with civil issues when reported to them.

This article will examine the veracity of such misconceptions and disabuse the minds of the general populace of such erroneous assertions.

Criminal law and civil law are two major, separate bodies of law with distinct sets of rules and penalties. Civil law deals with conflicts involving people, businesses, or both, in which the victim is given compensation.

Common elements of civil litigation include compensation for harms or damages, disposition of property, and other conflicts. Civil cases are initiated by private persons in the law court with the appropriate jurisdiction to hear the matter.

However, Criminal law is the body of law that governs crimes and their appropriate punishments. Examples of matters affected by Criminal Law include theft, assault, robbery, trafficking in controlled substances, murder, etc.

A guilty person in Criminal Law, faces the possibility of prison term, fines, or, in rare circumstances, the death penalty. Criminal Cases are instituted by the Attorney General on behalf of the State.

How Both Systems Work

One may say that protecting the public interest is what criminal law is all about. In addition to safeguarding society, it entails punishing and rehabilitating offenders. The state employs the police and the prosecutor to carry out criminal legislation.

These services are funded by public resources. Where a victim reports a crime to the police, they have a responsibility to look into the case and identify the perpetrator. A charge is typically prosecuted in court by the state, not the party who filed the complaint, assuming it has been lawfully filed and is supported by evidence.

A civil action is brought by a person (the claimant/plaintiff) who sues another person (the defendant) in order to seek remedy, typically in the form of financial compensation for harm done to him personally.

Instead of punishing the perpetrator, the main goal of a civil action is to provide the aggrieved party with compensation or to uphold the validity of his rights.

In civil cases, the plaintiff has the burden of proof, which is satisfied on the basis of the preponderance of the evidence. For instance, in a case alleging a breach of contract, the plaintiff/claimant must establish both the existence of the contract and the defendant’s failure to uphold his half of the bargain. Litigation refers to a civil action’s court hearing.

Some actions or inactions can be considered both civil and criminal wrongs. It is typical for separate cases to be brought in separate courts since the courts are separated into two independent hierarchies. For instance, if A takes B’s property, B may file a lawsuit against A in civil court for the conversion tort and seek restitution for= damages (i.e. a sum of money payable by A to B).

Alternately, the state may accuse A of stealing and file criminal charges. The outcome of the criminal case may very possibly be a fine (a sum of money paid to the state by A).

The police is a state-established body of individuals with authority, whose purpose is to uphold the law, protect citizens’ lives, property, and health, as well as to deter crime and other forms of social unrest. They have the legal authority to make arrests and employ force, which is justified by the state.

Functions of the Police Service under Act 350

It is the responsibility of the Police to prevent and detect crime, arrest offenders, uphold public order, and ensure the safety of people and property. Every police officer is required to carry out the duties that are legally required of them as well as to follow any legitimate instructions given to them by superiors in the police service regarding how to carry out their duties.

The Role of the Police in the Collection of Private Debt

In a recent news story here in Ghana, a veteran highlife artiste, Nii Addo Quaynor popularly called “Tinny” went berserk while recounting a report that a fellow artiste, Stonebwoy, had settled his debt to retrieve his confiscated car. There is a sublime issue about this news which is necessary to this discussion.

The issue has to do with the role of the police in confiscating Tinny’s car in a debt claim by an event promoter. The story is captured by myJoyonline.com thus;

“Some months ago, an event promoter called out Tinny for refusing to refund GHC 2,000 paid to him for a Valentine’s Day show at Worawora Afariwa Loungeon, which he failed to show up. The promoter in an interview on Hitz FM remarked that “he [Tinny] told me he can’t pay the money so he decided to use his car as collateral. I couldn’t drive the car to my house, so, I suggested we go to the Taifa Police Station for them to seize the car until I get my money and he agreed.”

The Taifa Police Station according to the event promoter seized Tinny’s car until he paid the debt owed him. Tinny in a radio interview on Hitz FM indicated that after the payment of the money by Stonebwoy, he was called by the Police to come for his car.

This is but one of many instances where the Police are reported to be interfering with civil disputes, especially in debt collection issues.

Mostly, the Police genuinely keep track of debt collection for private persons under the headings “fraud” and “other offences.” Therefore, if the police receive a report that money has been borrowed and not repaid despite repeated requests from the lender to the borrower, the police will detain the borrower and arrest them on a charge of fraud until the money is fully paid up or a payment plan that is acceptable to the lender is established.

After accepting the payment plan, the borrower is occasionally released on bail, but the charges are not dismissed until the final pesewa has been paid. Fraud and other offences rank fourth and fifth in terms of the frequency of crimes, respectively. According to statistics, the Ghana Police Service spends 15% of its time collecting debt from private individuals.

A former Director-General of Criminal Investigations Department (CID) of the Ghana Police Service, COP Prosper Ablor, has cautioned police officers against indulging in civil matters since it is highly unprofessional. According to Mr Prosper Ablor, it was common knowledge that some officers take up civil matters involving huge sums of money, under the guise of doing fraud cases, indicating that, a police officer must be able to distinguish a civil matter from a criminal one.

The “Collection of debts” properly falls under the ambit of Civil Law. It is not a Criminal offence for which the Police are called to perform their duties under the laws of Ghana. Their known duties are restricted to matters of Criminal Law, i.e., to prevent and detect crime, arrest offenders, uphold public order, and ensure the safety of people and property.

In the Indian case of G.B.C. Raj Gopal v The Government of A.P., the court held that the function of resolving civil disputes is entrusted to the judiciary. Police officers lack jurisdiction to interfere in civil/property disputes between two citizens. Even in criminal cases, their role is limited to the registration of complaints and conducting investigations.

In the Nigerian case of Nwadiugwu v IPG & Ors the appeal court maintained that the police are neither debt collectors nor arbitrators, and Section 24 of the Police Act 2004 does not list settlement of disputes or collection of debts amongst the duties of the Police.

Again, in the Nigerian case of Ken Mclaren & Ors v James Lloyd Jennings, the Court of Appeal held in 2003 that It was unlawful for the police to arrest and detain the Appellant concerning the collection of a debt; this is as, under the Law, the Police is not a debt collection agency. The Court maintained that by interfering in civil matters, police muzzled the rights and freedom of Nigerians even where cases are clearly outside their jurisdiction, power or corridor.

“My people perish for lack of knowledge.” Hosea 4:6 (NKJV). The lack of knowledge on the part of most people in Ghana makes them susceptible to extorsion from the Police. This growing practice must be put to a stop. Civil matters must be left to the courts for their effective and final determination. If this is not curbed, the populace stands a continuous risk of having civil matters being hijacked by the police and transmuted into crimes.

In sum, knowledge and for that matter, education can otherwise cure this ignorance on the part of the populace rather than leaving them at the hands of some unscrupulous police personnel who rather than perform their duties as prescribed by law, intermeddle with civil suits.

The writer is a B. L. Candidate, at Ghana School of Law and can be contacted via email at ekofiboateng@icloud.com

DISCLAIMER: The Views, Comments, Opinions, Contributions and Statements made by Readers and Contributors on this platform do not necessarily represent the views or policy of Multimedia Group Limited.
Tags:
Civil matters
Ernest Kofi Boateng
Police