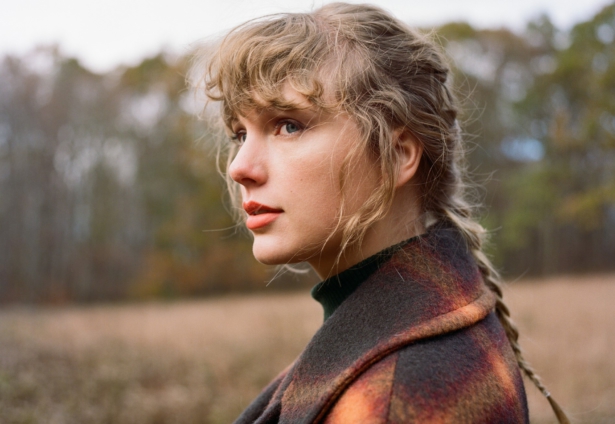 If your productivity fell off a cliff in 2020, Taylor Swift’s “Evermore” may not be the album for you.

While the rest of us were playing virtual quizzes on Zoom, pop’s biggest star reinvented her sound and recorded two surprise albums — the second of which, “Evermore,” was released Friday mere hours after it was announced.

It’s a follow-up to July’s mega-hit, “Folklore,” with Swift returning to the wistful melodies and indie-inspired soundscapes that earned her rounds of praise, but injecting a uniquely wintry aesthetic and embarking on a few unexpected lyrical expeditions.

If your productivity fell off a cliff in 2020, Taylor Swift’s “Evermore” may not be the album for you. https://t.co/fmyYG4bqLp

The 15-song effort was praised by several critics and hailed by fans on its release, with plenty noting the seamless continuation of the stripped-back style Swift delved into in “Folklore.”

But others wondered whether the album lived up to its predecessor, which Swift described this week as a “sister album” to her newest offering.

“This is a bubble we may not want to pop,” Variety concluded on Swift’s lengthy burst of creativity during months of isolation.

The publication described the singer’s 2020 as “an embarrassment of stunning albums-ending-in-‘ore’ that she’s mined out of a locked-down muse.”

“Not everything here works, but taken together Folklore and Evermore make a convincing case for Swift’s ability to shift shape and for her songs’ ability to travel between genres,” The Guardian commented in a four-star review.

“As lockdown overachievements go, it’s pretty impressive.”Swift again indulges her penchant for four-minute lyrical biographies, this time paying tribute to her late grandmother on “Marjorie” and a disillusioned wife on “Tolerate it” — character studies singled out in an effusive five-star review by British magazine NME.

But the singer also returned to two familiar territories she mostly swerved on her previous album, nodding to her country music roots in “Cowboy Like Me” and then, on “Gold Rush” and “Long Story Short,” moving cautiously back toward the realm of glittery pop that she conquered during the past decade.

“If ‘Folklore’ is an introspective, romantic older sister, ‘Evermore’ is the freewheeling younger sibling,” NME concluded.

“The new album reaps the rewards the stylistic leap of faith that ‘Folklore’ represented, pushing the boundaries of that sonic palette further still.”Fans seemed equally satisfied.

“Evermore’ is ‘folklore’ in screaming color,” superfan Alex Goldschmidt wrote on Twitter, referencing a lyric on Swift’s earlier track “Out of the Woods.”

Another popular Swift fanpage wrote: “This was one of the most magical and most beautiful journeys I’ve ever (been) through in an album.”

Swift again collaborated with Bon Iver and songwriters Aaron Dessner and Jack Antonoff on the effort, after the team put “Folklore” together earlier this year.

And there were a handful of songwriting credits for “William Bowery” — the mysterious contributor whom Swift revealed last month is, in fact, her boyfriend, Joe Alwyn.

It remains to be seen whether the slowed-down, reflective sound Swift has unlocked in 2020 is her ballpark now.

“I have no idea what will come next,” she wrote on her social media channels on Friday after the record dropped.

“I have no idea about a lot of things these days and so I’ve clung to the one thing that keeps me connected to you all. That thing always has and always will be music. And may it continue, evermore,” Swift added.

DISCLAIMER: The Views, Comments, Opinions, Contributions and Statements made by Readers and Contributors on this platform do not necessarily represent the views or policy of Multimedia Group Limited.
Tags:
Evermore
Folklore
Taylor Swift