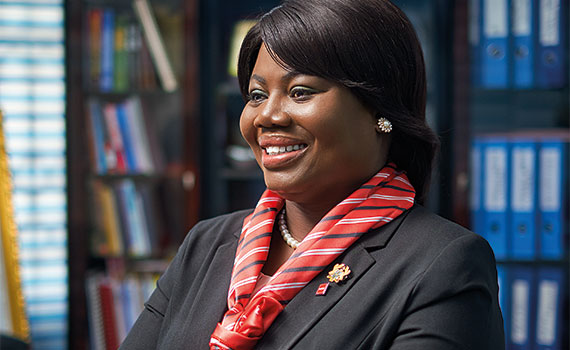 The Economic and Organised Crime Office (EOCO) has asked the office of the Attorney General to expedite processes in amending the EOCO Act.

Speaking at an event for Regional Directors and Heads of Units Conference in Accra on Thursday, January 27, 2022, Executive Director, COP Tiwaa Addo-Danquah, explained that if the bill is revised, it will ensure better working conditions.

“I humbly plead that the amendment to the EOCO bill that is already before your office, you work and speed it up because that bill when passed will address many welfare concerns of EOCO,” she stated.

“We’ve noted concerns about your conditions of service and attempt to amend the EOCO Act. We give you the assurance that the office of the Attorney General and Ministry of Justice will push for the amendment of this act,” he said.

He further charged EOCO staff to work diligently and also exhibit professionalism in their line of duty.

“It is of outmost importance that we place high value on professionalism and dedication to the office of service. Dedication, integrity and hard work should be your hallmark; you must work independently, devoid of affection, hatred or political affiliation,” he added.