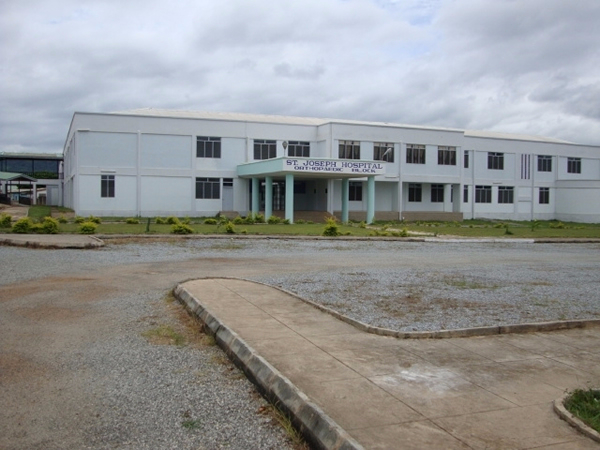 The group that invited Operation Walk Syracuse, a US medical charity to Ghana in April to conduct free knee and hip replacement surgery said it was embarrassed by the extortion of beneficiaries.

The Communications Manager of Vitamilk, founders of the Child Malnutrition Foundation, said when they discovered that the St Joseph Hospital in the Eastern regional capital, Koforidua was taking as much 6,000 cedis from each of the listed beneficiaries, they felt ashamed.

Harold Yeboah Amoah told co-host of Joy FM’s Super Morning show, Nhyira Addo “Chairman of the Foundation’s board, Prof [Agyemang Badu] Akosa had to quickly drive to the hospital and they discussed thoroughly with the medical team and the hospital made a point that they were incurring losses for the number of days that the surgery was going to be done so they needed to generate some income.

“We finally came to a conclusion that they could only take perhaps a È»1,000 just to make up for their losses. That is how we concluded reluctantly, very reluctantly before the surgery began,” he noted.

Mr Amoah indicated that although the hospital was big enough and could have accommodated the team of doctors on the surgery days without problems, they decided on the È»1,000 fee regardless since management complained.

“It wasn’t like the team took the whole hospital. We were at the OPD and then they had two other rooms for them to operate. For the real surgery days the OPD was free enough for the hospital to use,” he stated.

The St Joseph Hospital, following an investigation by B&FT, was found to be taking È»6,000 from 50 patients who were to undergo a free knee and hip replacement surgery at the facility.

Staff of the hospital, weeks before the US medical team arrived in Ghana, told shortlisted beneficiaries of the programme – who are from deprived communities across the country – to have the money on hand before they arrive at the hospital for the surgery.

Those who could raise the money did, others paid part and promised to pay the balance before they are released from the hospital after the surgery.

But those who couldn’t find the money to pay raised the alarm. This discovery infuriated the American doctors who immediately decided to leave the country.

Mr Amoah said they were surprised and shocked about the development.

He said they had no idea whatsoever that the patients were being charged.

In response to whether his foundation will still be looking for assistance from the US organization, Mr Amoah said they are in touch with the team and although they are incensed about the situation, they are ready to return in the future for a similar exercise in the country.

“Yes, on the day of this incident, they were so angry they wanted to leave immediately but after we discussed and closed the issue, it is behind us and they will come back when the time is due,” he said.

He also disclosed that the team left with the hospital all the medical equipment they brought to use and that the facility now has everything it will need for post surgery services.

Mr Amoah said The Ghana Health Service and the Health Ministry are yet to be informed officially about the development.