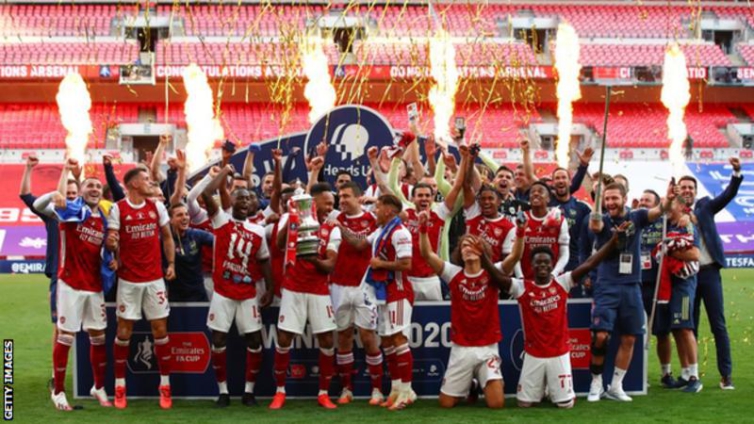 There will be no FA Cup replays during the 2020-21 season to “ease pressure” on the football calendar.

The competition will start with the extra preliminary around on 1 September and the final is due to be played at Wembley Stadium on 15 May 2021.

It has also been announced the Carabao Cup semi-finals will be one-legged.

The first round is scheduled for 5 September, while the next three rounds will be played on consecutive midweek dates from 15-16 September.

Fixtures for the 2020-21 English Football League (EFL) season will be released on 21 August with the Championship, League One and League Two all scheduled to start on 12 September.

FA Cup prize money has been halved from 2019-20 because of the financial impact of the coronavirus pandemic.

The draws for the FA Cup extra preliminary and preliminary rounds, and the EFL Cup first round, will be made on 18 August.

The EFL Cup final will take place at Wembley on 28 February 2021.

The EFL Trophy will start on 8-9 September with the Wembley final on 14 March.