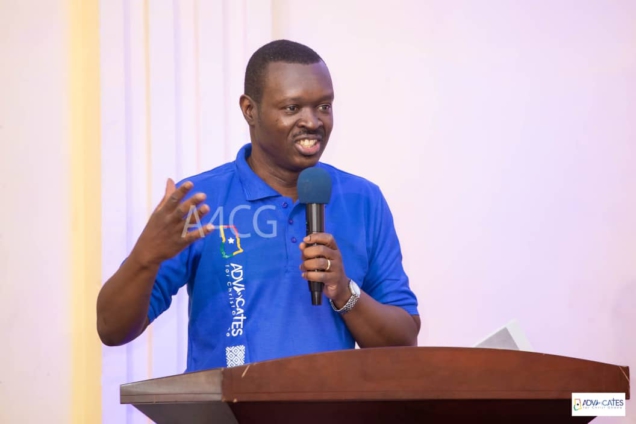 The Chairman of Advocates for Christ Ghana, a Civil Society Organization, Edem Senanu has called on the various political parties to consider the development of a new constitution as part of their policies.

Speaking at the Alternative Manifesto Forum, he explained that it is difficult for ministers who get appointed from the legislature, to ensure its independence in the supervision of the executive, without political biases.

“We cannot continue having ministers appointed from the legislative arm of government to ensure the independence of the legislature,” he said.

He added that the political parties need a new constitution and instead of thinking with bits and pieces, a committee should be established to look into the constitution because some aspects of it do not grant the needed results.

According to Mr Senanu, there is poor supervision by the executive which has enabled most people to seek opportunities to become ministers and that is an issue to be addressed.

“There are many other issues including the appointment of heads of institutions, boards of directors, from the top to the bottom. What it means is there is capture by the party that wins in all levels of governance.

“There is every reason to look at this as a very critical issue like Kenya did not too long ago,” he added.

Mr Senanu as part of his presentation suggested policies, introduced the Political Party Operations and Financing Bill which he says does not reflect in any of the Party Manifestos.

According to him, this bill will ensure a limit to the amount of money parties spend on campaigning and will also allocate specific periods for political campaigns.

“We need a political party financing bill, none of the parties talk about them and this is another big issue. The challenge we face is that during election, they spend all the money.

“Immediately after, they come up with schemes to make sure that money is returned to whoever provided the funding and we can all see it but we’re not talking about it.”

Mr. Senanu added that Ghanaians do not need flashy manifestos and goods to be distributed to the publics but good ideas alongside a political party’s financing bill which establishes when a campaign season starts.

“If you have good ideas, we will follow you, a political party’s financing bill and operation bill is a critical tool to ensuring that we can actually monitor what they are doing and bring some sense into the chaos we see in that space,” he said.