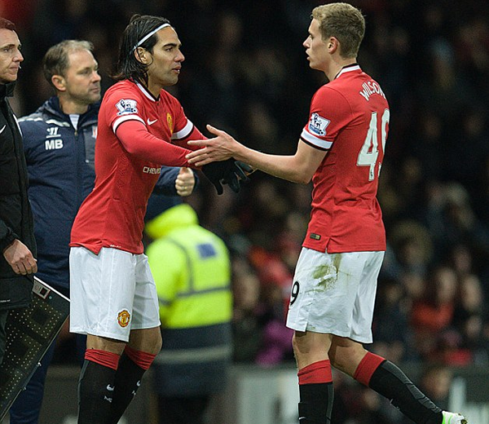 Manchester United's slim hopes of reviving their Premier League title challenge were dealt a blow as they were forced to settle for a 1-1 draw at 10-man Aston Villa on Saturday.

It ended a run of six successive victories for van Gaal's side as they lost ground on second placed Manchester City, who had earlier moved level on points with leaders Chelsea, who face Stoke on Monday.

The gap now stands at seven points between those two and United, who sit third.

But United could have no arguments with outcome after their big-name stars failed to deliver against an organised, efficient and, at times, potent Villa team, who have now lost just one of their last six matches.