Fatherhood has been a learning ground for me – Adjetey Anang 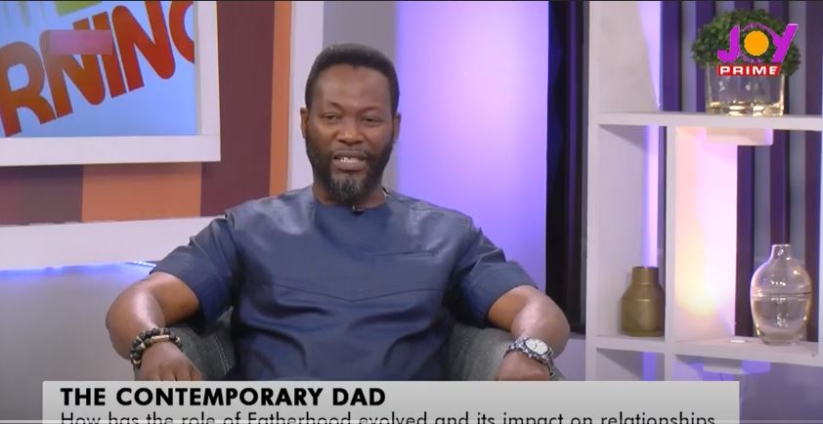 According to him, it comes with bits and pieces of everything.

‘Pusher’, as he is called in showbiz circles, added that he has enjoyed fatherhood so far because he welcomed it as a learning process.

“… It’s been bits and pieces of everything and for me I just more or less welcomed it to be a learning process for me and I have enjoyed it,” he stated on Wednesday.

Discussing the role of the contemporary dad and its impacts on relationships on the Prime Morning Show, the actor noted that while certain markers become extremely similar from one family to the next, each child has their own unique experience depending on the role you play in the process.

Adjetey Anang told Roselyn Felli that he grew up in a family where his father concentrated more on work to secure a future for the family at the expense of spending quality time with the children.

According to him, even though he wants to leave a legacy with his family, he always has to be there for his son hence he seizes every opportunity to learn in the course of playing the role of a dad.

He believes the best way to achieve this is to balance the scale between spending quality time with his son and working.

“One thing I know my father and his generation did was to spend more time working to ensure they leave some legacy and inheritance behind for the children, which is a good thing, but I think the focus becomes lopsided because we sacrifice quality time spent with the children.

“Situations that expose children to different materials and information regardless of the source, hence I want to balance the scale between spending quality time with my son and working,” he added.

DISCLAIMER: The Views, Comments, Opinions, Contributions and Statements made by Readers and Contributors on this platform do not necessarily represent the views or policy of Multimedia Group Limited.
Tags:
Adjetey Anang
Fatherhood