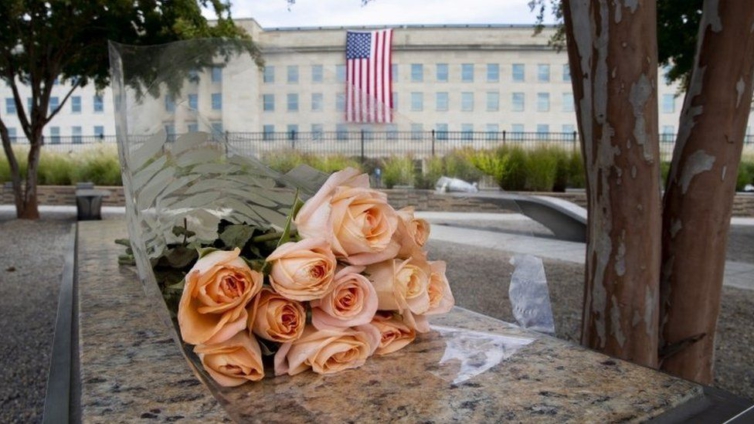 The FBI has released a newly declassified document that looks into connections between Saudi citizens in the US and two of the 9/11 attackers.

Relatives of victims have long urged the release of the files, arguing Saudi officials had advance knowledge but did not try to stop the attacks.

But the document provides no evidence that the Saudi government was linked to the 9/11 plot.

Fifteen of the 19 plane hijackers were Saudi nationals.

Ahead of the declassification, the Saudi embassy in Washington welcomed the release and once again denied any link between the kingdom and the hijackers, describing such claims as “false and malicious”.

The document was declassified on the 20th anniversary of the deadliest terror attacks on US soil – almost 3,000 people were killed after four planes were hijacked – and is the first of several expected to be released.

Some families of the victims had put pressure on President Joe Biden to declassify the documents, saying he should not attend Saturday’s commemoration ceremonies in New York if he was not prepared to release them.

This 16-page FBI document is still heavily redacted. It is based on interviews with a source whose identity is classified (listed as PII) and outlines contacts between a number of Saudi nationals and two of the hijackers, Nawaf al-Hazmi and Khalid al-Midhar.

The hijackers posed as students to enter the US in 2000. The FBI memo says they then received significant logistical support from Omar al-Bayoumi, who witnesses said was a frequent visitor to the Saudi Consulate in Los Angeles despite his official status at the time as a student.

Mr Bayoumi, the source tells the FBI, had “very high status” at the consulate.

The FBI document also says there were links between the two hijackers and Fahad al-Thumairy, a conservative imam at the King Fahad Mosque in Los Angeles. He was described by sources as “having extremist beliefs”.

Both Mr Bayoumi and Mr Thumairy left the US weeks before the 9/11 attacks, according to the AP news agency.

The agency also quoted Jim Kreindler, a lawyer for the relatives of 9/11 victims, as saying that the released document did “validate the arguments we have made in the litigation regarding the Saudi government’s responsibility for the 9/11 attacks”.

But Joe Biden last week ordered a review of investigative documents, telling officials to release what they could over the next six months.

There has long been speculation of official Saudi links to the plot, given the number of Saudi nationals involved and al-Qaeda leaders Osama Bin Laden’s Saudi background.

However, the 9/11 Commission report found no evidence to implicate the Saudi government or senior officials.

The US and Saudi Arabia have long been allies, although the relationship has at times been difficult.

Donald Trump strengthened ties but Joe Biden called Saudi Arabia “a pariah” for its part in the gruesome murder of Saudi journalist Jamal Khashoggi in Turkey.

The BBC’s Frank Gardner says Mr. Biden has since softened his stance towards most powerful man in Saudi Arabia, Crown Prince Mohammed bin Salman, reflecting the hard reality of the importance of the alliance.

DISCLAIMER: The Views, Comments, Opinions, Contributions and Statements made by Readers and Contributors on this platform do not necessarily represent the views or policy of Multimedia Group Limited.
Tags:
9/11
America
FBI
Joe Biden