FBNBank@25: The walk of the African elephant is majestic 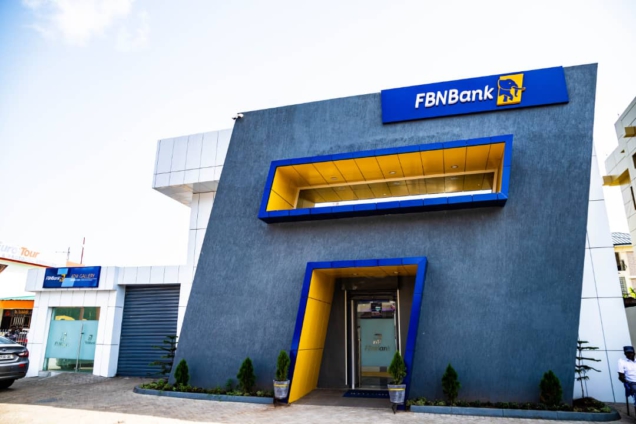 On 11 September 2017, the Bank of Ghana issued a new minimum capital directive as part of its banking sector reforms.

The new directive required that universal banks operating in Ghana increase their stated capital to GHS400 million by the end of 2018.

We all know what happened afterward, particularly the fact that nine banks lost their licenses to operate. But as the saying goes, there is a silver lining in every cloud.

For FBNBank Ghana this was an opportunity to re-strategise, to press the reset button after more than three years of operations following the 100 percent acquisition of the erstwhile International Commercial Bank Ghana Limited (ICB) in 2013 by First Bank of Nigeria (FBN).

FBNBank Ghana in those years had set up shop initially with Mrs. Subu Giwa-Amu as the first Managing Director who passed the baton to Seyi Oyefeso in 2014 and the Honourable Joseph Yieleh Chireh as Chairman of the board of directors.

For them, it was a great opportunity to offer FirstBank’s rich brand of banking in the Ghana market and to build on the performance of ICB.

Let us get FirstBank’s pedigree right; this is a bank that has been in existence since 1894 and is as such the oldest bank in Africa’s most populous nation with some 30 million customers in Nigeria alone.

Their wealth of experience garnered over the years is rich with a befitting appetite for breaking new ground and introducing innovation.

That they have an enduring brand which then was 120 years old is a testament of their resilience. FirstBank has literally seen it all.

Their foray into sub-Saharan Africa, one may say belated, was a deliberate undertaking to widen the girth of the majestic African elephant, that they symbolically are and the plains that it roams.

This move into Ghana as FBNBank was however not as smooth sailing as expected, before any attempt at performance improvement, there were issues of cultural transformation, embedding the values of the new brand and literally getting the Bank’s people on the same page as its leadership for the new journey and also setting the business agenda and strategy right.

This transformation and a myriad of attendant developments hampered the momentum and slowed the pace, unfortunately.

The fact is on 28th June 1996, when George Koshy, Managing Director of ICB received the license for the Bank to commence business, it was for ICB to operate as a development bank.

Between 1996 and 2013, however, when ICB operated in Ghana, it transformed into a universal bank with a strategy of serving the needs of small and medium-sized entities through a network of 17 branches and 2 agencies till the sale of its West African franchise to FirstBank of Nigeria.

For anyone to come up with US$72.5 million for reinvestment, there would have to be a good reason. This certainly was the situation in the case of the leadership of FirstBank of Nigeria when it came to that crossroads for deciding whether their Ghana subsidiary was worth reinvesting into or perhaps, abandoning ship.

For FBNBank therefore, the Bank of Ghana’s banking sector reforms and the new minimum capital directive in particular marked a watershed in their operations and focus in the market.

The reinjection of capital also brought about a boost of energy and commitment to tackle the challenges and thereby ride the storms.

The announcement on 6 December 2018 that FBNBank had received a US$72.5 million capital injection was met with renewed hope by all the Bank’s stakeholders.

However, one particular group in the Bank’s relationship-sphere, its people, the employees, were the most relieved. There was the tacit realisation that the injection meant a new lease of life and therefore things had to be done differently.

To any observer, this was one group of people even so, the demographics were interesting. Most were Millennials and they were led by a combination of Baby-boomers and Generation Xers.

Throw in the fact that there were those who were on board the train from the days of ICB and then those who joined in the new days of FBNBank.

In the mix, was a host of growing expectations from every possible group one could think of which had not been met including issues which were better dealt with as soon as possible if the Bank had to put its best foot forward.

The challenge was how all these groupings were to be woven into a fine corporate mesh in order to guarantee progress.

In addition to the people issue, there was the restructuring of the Bank’s offerings and business focus. The timing and direction of the decisions made on these by the bank’s leadership, to ensure that they take full advantage of the silver lining in what was perceived by others in the banking industry in Ghana as dark clouds, was the crucible moment for the FBNBank brand.

It was not surprising to industry watchers when FBNBank started rolling out a variety of products and undertaking some activities to put its name and agenda more forcefully out there.

Just around the same time Gbenga Odeyemi had served his term as Managing Director in Ghana and was due for a move to Sierra Leone to manage the parent bank’s interests there. He was replaced in May 2019 by

According to Victor Yaw Asante, “there could not have been a more opportune time for me to assume the reins of leadership and help implement the growth agenda of FBNBank than at the time when the industry was evolving.”

Victor had been carefully chosen with the renewed focus of the Bank in mind. In the words of Dr. Adesola Adeduntan, Managing Director of FirstBank, “Victor’s demonstration of excellent technical skills, knowledge, experience and his leadership capabilities contributed in no small measure to his appointment.”

He was convinced that Victor Asante was very well placed to provide strategic leadership that the bank needed to continue on its trajectory of becoming the clear leader and Ghana’s bank of the first choice.

With the full support of FirstBank, FBNBank led by Victor with his able team embarked on a change agenda with the people being his first priority.

You have to understand what the issues of people are.” He explained further that he was able to connect with his people at FBNBank over a six-month period of internal roadshows and other engagements in addition to being very open with them.

With a reinforced focus, recapitalisation and an engaged team, all achieved on the back of the call for injection of more capital, FBNBank has gradually been building momentum for greater traction on its chosen path.

Today, the staff of the Bank feel more connected and will admit that they are much more engaged in going-ons than previously.

The Small and Medium Enterprises (SMEs) agenda is much more articulated and pronounced these days. So is FBNBank’s voice on key developments from a thought-leadership position.

Channels of customer interaction have increased with the roll-out of agency banking and some more branches. The Bank’s digitalisation agenda is on track with some exciting propositions for customers and corporate clients.

In recent times the Bank has introduced a Contact Centre, enhanced their Premium Banking proposition and improved on its brand awareness and recognition.

To be more direct, FBNBank and its brand are much more alive than ever before. Crucially, the Bank has also received both PCI DSS and ISO 27001-2013 certifications. According to Mohammed Ozamah, FBNBank Ghana’s Executive

Director and Chief Risk Officer, “by securing the PCI DSS and ISO 27001-2013 certifications, we have taken the crucial step of providing information security and adhering to international security standards and regulatory requirements in an era of increasing sophisticated cyber-attacks.

These certifications provide the assurance to our customers that we have them at the heart of what we do.”

On the whole, there is a greater effort and desire, collectively, among all stakeholders to move the Bank to the next level. Exactly what Victor Asante set out to achieve when he stated on the occasion of his appointment that, “my utmost priority is to endear the brand to our stakeholders in the Ghanaian market and use all available means to make the brand a mark of excellence by meeting the needs of our valued customers, to the extent that FBNBank becomes the preferred bank.”

The 2021 edition of the Brand Health Check – Banking Report indicates that FBNBank is enjoying a very good Net Promoter Score with word-of-mouth working very well in its favour.

In other areas of the brand assessment there is marked improvement also. On the ground, customers speak of a revival of their banking brand with increased effort at awareness creation and differentiation.

Hear Evelyn Bekpo, a commercial banking client of the Bank, “I have more than one banking relationship so I am able to tell which of my banks is paying more attention to my needs.

For some time now, I have developed a better relationship with FBNBank and it is all because they have been much attentive and may be aggressive, yes, in a positive way.” SMEs, in particular, have received more attention over the last 30 or so months with various forms of support for importers, exporters and manufacturers even though the height of the Covid-19 breakout.

This year, 2021, FBNBank is celebrating its 25th anniversary in Ghana and for most of its actors, the look-back and how the ship was placed on an even keel is equally as important as the look-forward into the future.

According to Semiu Lamidi, Executive Director and Chief Financial Officer of FBNBank Ghana, “the strategic decisions in those crucial moments and their timing have opened up new opportunities for FBNBank, putting us in a stronger position to offer more competition for the future.

Our people are passionate about our brand, our products are more customer-focused and our processes have been fashioned with the customer at the heart of the design.

Our name is out there and the customers know that our game entails putting them first.” With a more focused agenda and a collective sense of purpose FBNBank, having embarked on a new

journey is looking to use its silver jubilee anniversary as yet another watershed in its operations in Ghana and they are aiming really high.

“We are 25 this year and our actions leading up to this milestone have been seminal to where we find ourselves now. As a strong and dynamic brand, we are in a strong position and are primed for progress along our chosen path. Like the African elephant, we are taking one majestic step at a time on a walk to success. We are walking the talk of our brand promise which enjoins us to always deliver the ultimate gold standard of value and excellence to our stakeholders in a very calculated way” says Victor Yaw Asante.

Banks all over the world, like other corporate entities, have their ups and downs, high and lows with hairpin bends they have to navigate carefully otherwise they risk disaster.

How they put their array of strategy-led decisions and actions together is crucial for their existence.

For FBNBank they have, in a phoenix-like way, found a way out of what turned into a crisis for some to regain their gait and it is the walk of the African elephant.

FBNBank Ghana is a member of the First Bank of Nigeria Limited Group which is renowned for its great customer service and general stakeholder engagement garnered over its 127 years of operation.

FBNBank Ghana has 20 branches and two agencies across the country with over 400 staff. FBNBank offers universal banking services to individuals and businesses in Ghana.