FDA worried over rise in tobacco use among young female adults 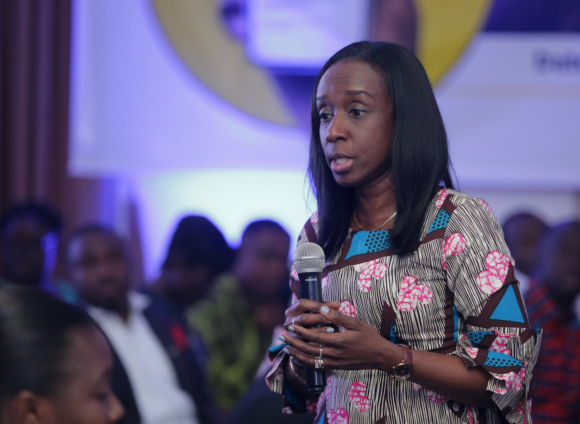 The Food and Drugs Authority (FDA) has expressed worry over the new trend of growing tobacco use among young female adults in Ghana.

It said data from the 2017 Ghana Youth Tobacco Survey showed that 0.4 per cent of boys, compared to 1.7 per cent of girls, currently smoked shisha (flavoured tobacco that is smoked through pipes).

The Chief Executive Officer of the FDA, Delese Mimi Darko, who raised the concern, said those smoking shishas were being deceived and lured into believing in the myths that they were safer alternatives and less harmful.

She cited data from the Tobacco Atlas Ghana, which showed that Ghanaian youths were moving away from the traditional tobacco use to electronic tobacco or e-cigarette due to their appeal in the flavouring form.

“I want to therefore reiterate that shisha has no safe haven,” she warned, saying those alternatives were equally dangerous to human health and an hour session of shisha amounted to smoking 100 to 200 sticks of cigarettes.

Speaking at the national launch of the 2021 World No Tobacco Day at Nsawam in the Eastern Region, Mrs Darko said tobacco posed a great danger to human health regardless of the form in which it was presented.

The Day was on the theme: “Commit to Quit,” aimed at creating a healthier environment for quitting tobacco use.

The FDA and its partner agencies, she said, intended to embark on a year-long campaign aimed at supporting people who planned to quit tobacco use through the creation of communities of quitters.

Mrs Darko said the dangers posed by tobacco usage was serious, because globally, it accounted for more than eight million deaths annually, seven million of which were from direct tobacco use and around 1.2 million, due to non-smokers who were exposed to second-hand smoke.

The Tobacco Atlas Ghana also showed that there was an estimated 807,600 smokers, out of which 75 men died weekly from tobacco-related illnesses, because that was known to contain 7,000 chemicals, and had a high toxic content, increasing the risk of cancer, cardiovascular and pulmonary diseases.

Mrs Darko said the global campaign which was marked yearly on May 31, by the World Health Organization (WHO) and its partners including the FDA, and allied agencies such as the Ghana Health Service (GHS), Vision for Alternative Development (VALD), and the National Union of Ghana Students, was to raise awareness about the harmful and deadly effects of using tobacco in all forms and provide public education on the risks involved in second-hand smoke exposure.

She said the adoption of the theme was largely informed by recent studies by the WHO indicating that millions of tobacco users around the world had declared their intentions to quit in the wake of the COVID-19 pandemic.

The WHO had also set up a Digital Access Initiative for Quitting Tobacco, in partnership with tech companies like Facebook, WhatsApp to give free access to digital counselling, raise awareness and support tobacco users to quit.

Mrs Darko explained that the FDA aimed to advance this cause by enabling access to cessation services through referrals and empowering tobacco users with the requisite information motivating them to quit.

It would continually use its routine public education in schools, marketplaces and transport terminals as a platform to address specific challenges encountered by smokers in their quest to quit smoking, Mrs Darko added.

Kwabena Boadu Oku Afari, the Chief Director, Ministry of Health, said Ghana had made tremendous progress in reducing tobacco use considerably by effectively enforcing the complementary smoke-free policies through the implementation of the Public Health Act 2012 (Act 851) and the Tobacco Control Regulations 2016 (LI 2247), among other interventions.

Dr Joana Ansong, representing the WHO, said the use of tobacco was sadly, increasing among 13 to 15-year-old girls in the African Region, with one in every five adolescents using a tobacco products, with the drug accounting for 146,000 deaths annually.

She said WHO would continue to work with partners to debunk myths, expose manipulation tactics and strengthen health policies, by supporting Member States to counter tobacco industry interferences, by implementing comprehensive control policies, as outlined in the WHO Framework Convention on Tobacco Control, to save lives and reduce healthcare costs.

She called on all stakeholders to include the youth to join the fight against the tobacco epidemic and to build a movement for a tobacco-free generation.