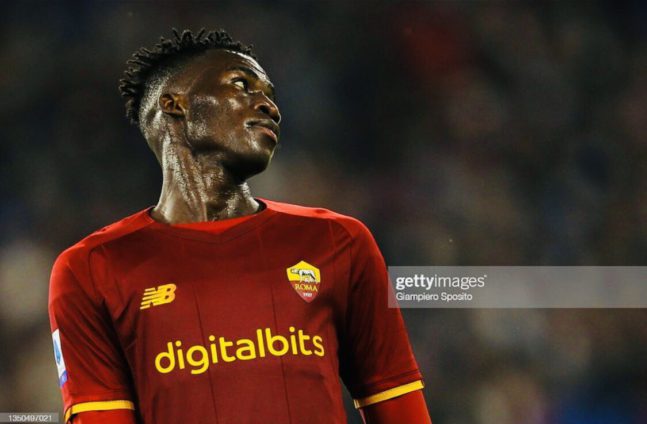 AS Roma teenager, Felix Afena-Gyan is likely to reject his debut Black Stars call-up, his agent, Oliver Arthur has hinted.

Arthur posted on Twitter that the “player development is a partnership that cannot be rushed. Let’s stay focused on the long term win.”

This post comes after Joy Sports’ sources confirmed Roma were reluctant to release the 18-year-old as they feel it is too early in the striker’s development to have him fully committed to senior international football.

The Serie A club are also in a battle to finish in the top four, and fear Afena-Gyan may leave for the Africa Cup of Nations in January if he accepts the invite.

Afena-Gyan was included in Milovan Rajevac’s 28-man squad for the final round of the World Cup qualifiers against Ethiopia and South Africa.

He is from a village in Wenchi called “Beposo” and completed high school at Berekum Presec in 2019.

What Mourinho has said about Afena-Gyan

What has Afena-Gyan said about Mourinho

“First of all, I will like to say thank you to Roma and everyone for the opportunity they gave me. I am very happy,” he told AS Roma TV.

”The coach believed in me that’s why he sent me to the field and due to that I didn’t want to prove him wrong or prove myself wrong.

”I need to work hard and have a strong mentality and give my best on the field to support the team.”

What next for Afena-Gyan

From all indications, Afena-Gyan remains in the long term plans of Roma. Mourinho admires what he offers the team and will most likely get more opportunities in the team.

The decision to pull out from the Black Stars squad will in the long term help the player as he will have more chances to develop before dealing with national team pressure.

The forward isn’t registered in the Europa Conference League and will continue to get more minutes in Serie A as he trains with the senior team.

DISCLAIMER: The Views, Comments, Opinions, Contributions and Statements made by Readers and Contributors on this platform do not necessarily represent the views or policy of Multimedia Group Limited.
Tags:
AS Roma
Black Stars
Black Stars squad
Felix Afena-Gyan
Jose Mourinho