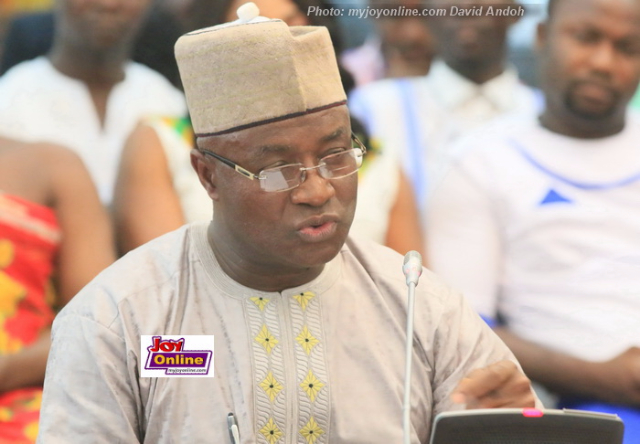 The Majority Leader, Osei Kyei Mensah Bonsu, has lamented over the low number of female representatives in Parliament.

Reacting to a recent survey by the Political Science Department of the University of Ghana during an interaction with the media in Parliament, he described the situation as appalling and must be improved.

“The Inter-Parliamentary Union (IPU) is challenging Parliaments in the World to have at least one -third of their members as women. Ghana, we are not making progress! 275 of us in Parliament today.

“The percentage of women in Parliament is around 13% and certainly not the best. We are not even up to one half of the requirement,” he complained.

According to Mr Kyei Mensah Bonsu who is also MP for Suame, the first-past-the-post system adopted in Ghana has not helped increase the numbers of women to Parliament.

The first-past-the-post-system is one in which voters indicate on a ballot, the candidate of their choice and the candidate who receives the most votes wins. This is sometimes described as the ‘winner takes all’ system.

But the Majority Leader is not alone. His colleague from the Minority, Haruna Iddrisu agrees that more needs to be done to boost the number of females in Parliament.

Mr Iddrisu pointed out that amending the 1992 Constitution could pave the way for women representation in a proportional manner.

The Minority Leader also expressed his desire for female MPs to have a free pass to a re-election bid.

“If I had my way, none of the female National Democratic Congress (NDC) MP’s will be subjected to Parliamentary primaries. How I wish within our democratic culture I could protect and support them,” he said.

He further advocated a research into finding lasting solutions to empower and encourage women to take part in the country’s democratic development.

“One way of doing this is to make each region nominate a woman to represent them in Parliament,” he added.