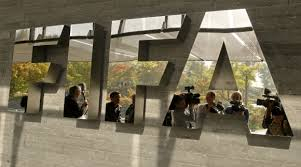 FIFA can now stand down over its threats to ban Nigeria the current African champion following months of turmoil and alleged government interference to influence the leadership of the Nigerian federation. FIFA rules do not allow governments to interfere in football matters.

Nigeria was banned for nine days in July after outgoing NFF President Aminu Maigari was arrested on his return from the World Cup in Brazil and a sports ministry-appointed official was put in charge of the federation. The ban was lifted when Maigari was reinstated.

The West African country was again threatened with suspension last month when Maigari was ousted from office for a second time in elections not recognized by FIFA.

Pinnick, a sports administrator from the southern Delta state, was elected new president on Tuesday in a process overseen by Maigari one of the conditions laid down for the elections by FIFA. Pinnick needed two rounds of voting to secure the required two-thirds majority. FIFA said in a statement to The Associated Press that it had been notified of the results of the vote in the southern city of Warri.

Failure to organize credible elections could have led to Nigeria's team being thrown out of the ongoing African Cup of Nations qualifying competition, preventing it from defending its title in Morocco early next year.

The elections for a new NFF executive were still rocky, with one of the seven initial candidates for the presidency declared ineligible after he failed to turn up amid reports that some officials were detained by state security forces. The start of the vote was delayed for two hours.

The NFF said Pinnick had received a congratulatory message from FIFA President Sepp Blatter, but Nigerian authorities were also warned not to interfere again in football by FIFA secretary general Jerome Valcke.

"We now expect the NFF and its new leadership to carry out its activities without any hindrance in order to avoid having to again refer the case to the appropriate FIFA bodies for an automatic suspension," Valcke wrote in a letter, according to the NFF.