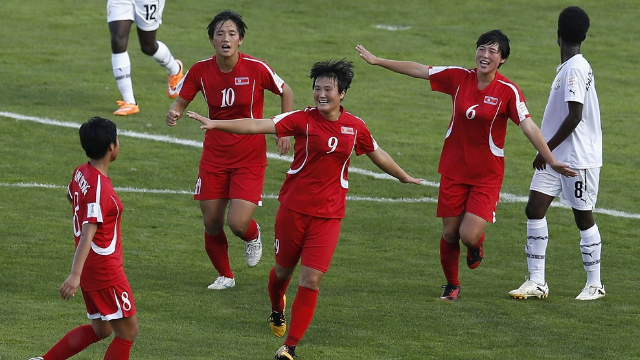 A 94th minute goal by Ja Un Yong ensured that Koreans progressed to the semis at the expense of Black Maidens despite Ghana putting up yet another spirited second half performance.

Black Maidens were always going to be underdogs against the highly-fancied Koreans but they begun brightly and almost found the back of the net through Philicity Asuako, who drilled a 35-yard free kick.

Ghana remained on the back foot and were indebted to Massey for keeping them in the match just before half-time. Coach Evans Adotey’s girls up the ante in the second half and with nine minutes to end the game, Grace Acheampong forced an equalizer.

The forward nipped in to glance a delicate header past hapless Korea goalie.

But the drama wasn't finished yet and, with almost the last kick of the game, Korea DPR snatched the win as Ja Un Yong stabbed into the net from close range as Ghana failed to deal with a low free-kick.