Fight against corruption should not focus on politicians alone - Chief - MyJoyOnline.com

Fight against corruption should not focus on politicians alone – Chief 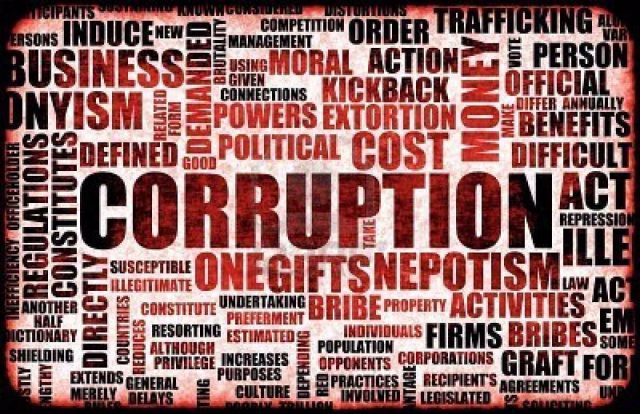 Naa Wilfred Dapillah II, the Chief of Sentu in the Lambussie District of the Upper West Region has stated that to win the corruption fight, then efforts against the canker must not be targeted at politicians alone but rather everybody in society.

He noted that even though politicians controlled a chunk of the nation’s resources and could be associated with grand corruption, petty corruption by ordinary citizens equally posed a higher threat to the development of the country as it eroded the moral fibre of the country.

Naa Dapillah stated this during a community durbar on public accountability organized by the National Commission for Civic Education (NCCE) at Sentu in the Lambussie District of the Upper West Region.

The community durbar which attracted over 240 participants was on the theme: “Whistleblowing mechanism and anti-corruption; the role of the citizenry”.

“Corruption was one of the major contributory factors of Ghana’s economic woes as millions of cedis is lost through embezzlement of public funds, procurement malpractices among others,” he said.

According to the Chief, this was evident as the Commission on Human Rights and Administrative Justice (CHRAJ) estimated that Ghana loses about 3.5 billion Ghana cedis every year through corruption.

Naa Dapillah stressed that corruption was inimical to the development of the country, hence the passing of the Whistle-Blowers’ Act (Act 720) to encourage the citizenry to report suspected impropriety within their community or places of work.

The Chief explained that the Act did not only provide for protection against victimization of persons who made disclosures, but also a 10 percent reward of monies or properties retrieved as a result of the whistleblowing.

He said the willingness of citizens to report acts of corruption to relevant bodies for investigation was the only way to help curb corruption in the country and urged citizens not to relent on that role.