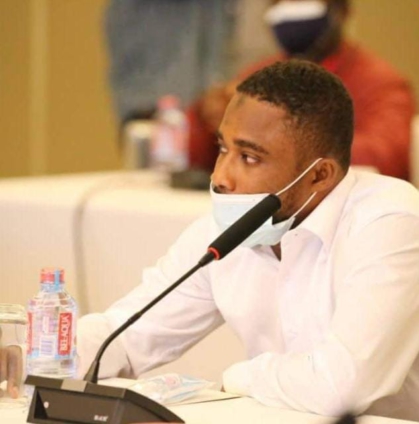 The Public Relations Officer of Kumasi-based King Faisal Football Club, Awal Mohammed has called for more entertainment at football related activities, including league matches as a step towards improving patronage.

According to him, match venues should provide entertainment for fans before games begin as a means of drawing more supporters to patronise the league.

Awal Mohammed also suggests the display of quality on the field of play to serve as the lure for fans to throng the various stadia across the country.

Ghana’s top tier league has suffered low turnouts this season at various stadia, a situation which has made local clubs financially handicapped.

Luv FM and Nhyira FM, both of the Multimedia Group stables, have launched a radio campaign to highlight factors affecting low attendance at Ghana Premier League matches and to champion recommendations to improve patronage of the local league.

Speaking to Felix Adu Darkwah on LUV Sports on the campaign to improve attendance at matches, the King Faisal PRO emphasised the need to have entertainment on and off the pitch to reverse the declining patronage of the betPawa Ghana Premier League.

“Well, there has to be some entertainment at the match venues or the stadia, in the sense that the facility provides entertainment for fans even before the start of the game.

The campaign is hashtagged #FillGPLCenters.

DISCLAIMER: The Views, Comments, Opinions, Contributions and Statements made by Readers and Contributors on this platform do not necessarily represent the views or policy of Multimedia Group Limited.
Tags:
#FillGPLCenters
Awal Mohammed
Ghana Premier League
King Faisal