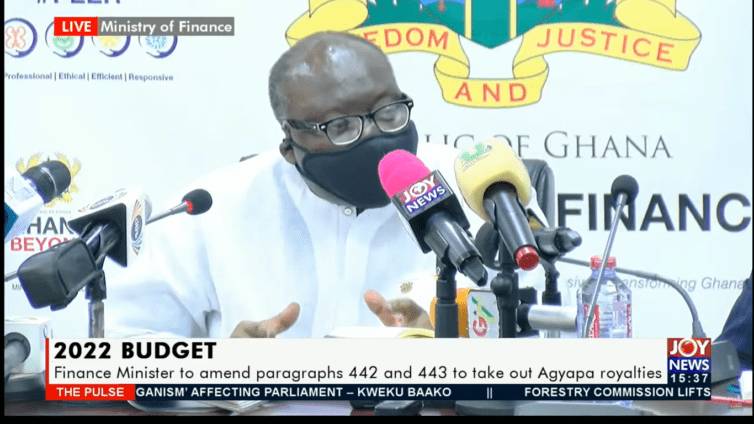 Finance Minister, Ken Ofori-Atta has revealed that Ghana could get about $3 billion from the International Monetary Fund (IMF).

This is higher than the initial one billion dollars disclosed by the Finance Minister to Bloomberg News in July 2022 when the IMF team paid a visit to Accra as part of their economic data gathering exercise.

According to the Finance Minister, the revised projection has been influenced by recent developments in the economy regarding economic growth and Ghana’s drawing rights at the IMF.

The Finance Minister has also disclosed that Government is hoping to complete work on its Enhanced Domestic Programme by the end of September this year, which will form the basis for negotiating a programme with IMF .

Mr. Ken Ofori-Atta revealed that government is optimistic of securing a programme with the IMF next year, as it pushes to finalise work on its Enhanced Domestic Programme this summer.

Focus of Ghana’s Programme with IMF

The IMF has indicated that the focus of Ghana’s programme with the Fund, will look at Debt Sustainability and how to restore Macro-Economic Stability and Support the credibility of government policies, as well as restore confidence in Central Bank’s ability to manage Inflation.

But speaking on PM EXPRESS BUSINES Edition with Host, George Wiafe, the Finance Minister disclosed  that “programmes usually take about six months to be negotiated, but discussions for Balance of Payment support has already started.

“We are thinking of a three-year programme possibly, hopping that IMF programme reforms will be completed in 2 years” the Minister added.

The Minister also disclosed that, they will be tapping into the Eurobond Market, after Ghana is able to close a deal with the IMF. This will make up the funding shortfalls for the country.

The minister also revealed that closing the IMF programme quickly will also help restore investor confidence in the economy.

Government over the years has struggled in hitting its revenue target and checking Budget overruns, but Mr. Ofori-Atta has assured that government is hoping to rely heavily on the GIFMIS programme to scrutinize all expenditure over the next five months.

The Minister maintained that this will help restore confidence in the economy as government takes some of the fiscal measures for the next five months.

Government has revised the Total Revenue as well as expected money grants.

Total Expenditure, (Including Payments for the clearance of arrears) has also been revised downward to  ¢135 billion, from the original projection of ¢137 billion cedis.

This will result in fiscal deficit on cash basis of ¢38 billion, representing 6.6% of the revised GDP.