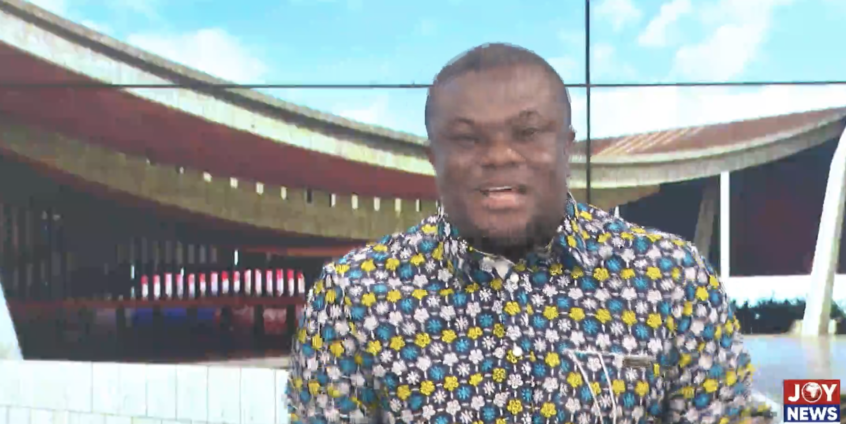 The Member of Parliament (MP) for Afigya Kwabre North has asked the Finance Ministry to come clean on the issue of funds that have been released for the construction of the National Cathedral.

According to Collins Adomako Mensah, the “noise” by the Minority on the project is not helping the government.

Speaking on JoyNews’ Am Show on Wednesday, June 8, he strongly urged the Ministry to issue a press statement as quickly as possible on the issue.

“However, what I am not excited about is the revelations coming out now as to the amount of money that has been pumped in.”

“My worry is that it is being serialized. I am a member of the government. I believe that the Finance Ministry should as quickly as possible come out with a statement to explain to everybody the circumstances surrounding the release of these monies.”

Meanwhile, he said he is not opposed to the building of the project.

“I don’t have any issue with building an edifice for God. I am a Christian. So I don’t have any problem with having a cathedral. It is not just a place of worship, but it’s like a tourist site.”

Earlier this morning, the MP for North Tongu alleged that Finance Minister, Ken Ofori-Atta released an amount of GH¢142 million for the construction of the National Cathedral in 2020.

Samuel Okudzeto Ablakwa said the release was for “planned activities” of the project.

According to him, the said release was upon the request of the Chief of Staff at the Presidency, Madam Frema Osei Opare.

In a social media post on Wednesday, June 8, the lawmaker said so far GH¢200 million illegal funds have been released to the project.

“On October 29, 2020; Ken Ofori-Atta on the request of Prez Akufo-Addo’s Chief of Staff, authorized the release of a gargantuan GHS142.7million for national cathedral ‘planned activities’”

“GHS200million of unconstitutional releases so far,” he added.

Just last week, he also claimed that the government released an amount of GH¢32 million to Sir David Adjaye & Associates Limited in 2021.

But with all these allegations, the government has remained quiet, an issue the Afigya Kwabre North lawmaker insist, is not helping its image and its quest to build the cathedral.