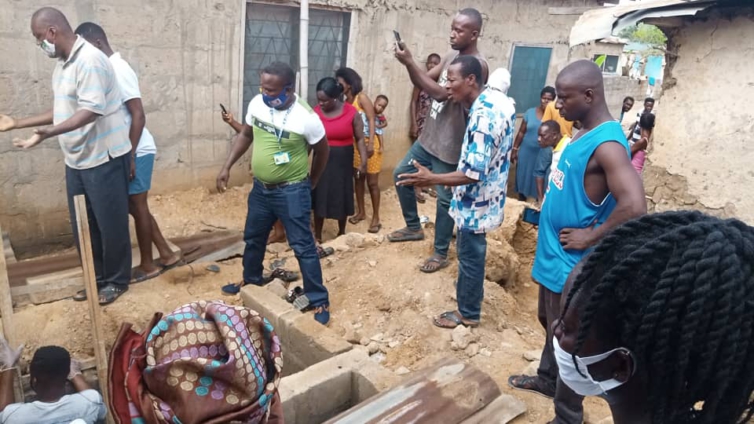 A 61-year-old pensioner has died after he drowned in 10 feet abandoned manhole.

An eyewitness who spoke to Adom News’ Kofi Adjei said until he was found in the manhole, the pensioner was reported missing by his family.

Family members after searching for him for hours went to the local information centre which he operates to make a public announcement but had to stop due to the fee such services attract.

Kwame Agyafo said, hours after the family left his premises around 1 am, the ex-fire officer was found dead in the abandoned manhole.

Confirming the incident, the younger brother of the deceased, Benjamin Gyamesi said his brother had been known to sit and drink with friends since he came home on pension last year.

He said, while he cannot confirm if the deceased was drunk which resulted in the incident, the family will be grateful if the body is released by the Ghana Police Service for immediate burial.

The Chief of Fetteh Kakraba, Nana Essel Amoanquandor III who was devastated by the incident cautioned all landlords in the area to avoid leaving their manholes opened.

DISCLAIMER: The Views, Comments, Opinions, Contributions and Statements made by Readers and Contributors on this platform do not necessarily represent the views or policy of Multimedia Group Limited.
Tags:
Fire Service
Pensioner