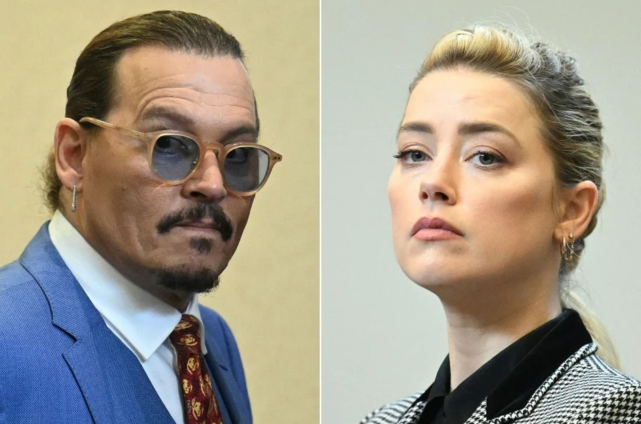 Just four months after the verdict was rendered, Johnny Depp and Amber Heard’s defamation trial is set to be sensationalized even further with a new movie, and EW has your exclusive first look at the bonkers trailer.

The trailer features familiar touchstones from the trial, including Depp’s courtroom nonchalance, the intense scrutiny of Heard on social media, and yes, even a reference to James Franco — who was included on Heard’s witness list but never called to testify.

“It’s day one of the Depp vs. Heard defamation trial; though fans are showing support for both sides, there’s clearly a favourite here,” a reporter says in the trailer, referencing the Depp devotees who travelled from far and wide to attend the hearings and camp outside the courtroom.

Following a six-week trial in June, a seven-person jury determined that Heard intentionally and maliciously defamed Depp when she wrote a 2018 Washington Post op-ed identifying herself as a public figure representing domestic abuse. Heard’s team filed to appeal the verdict in July after a motion for a mistrial was denied.

“We believe the court made errors that prevented a just and fair verdict consistent with the First Amendment,” a spokesperson for Heard said. “While we realize today’s filing will ignite the Twitter bonfires, there are steps we need to take to ensure both fairness and justice.”

When reached for comment on the appeal, Depp’s spokesperson told EW, “The jury listened to the extensive evidence presented during the six-week trial and came to a clear and unanimous verdict that the defendant herself defamed Mr. Depp in multiple instances. We remain confident in our case and that this verdict will stand.”

DISCLAIMER: The Views, Comments, Opinions, Contributions and Statements made by Readers and Contributors on this platform do not necessarily represent the views or policy of Multimedia Group Limited.
Tags:
Amber Heard
Hot Take
Johnny Depp
Johnny Depp and Amber Heard trial