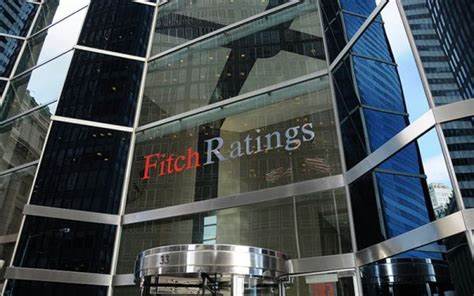 According to the rating agency, the country’s sovereign credit rating may face another downgrade closer to default, if talks with the International Monetary Fund for a $3 billion package lead to debt restructuring.

Does this mean a default by the country on repaying its debt will affect your investments in Government of Ghana securities such as Treasury bills and notes?

Another question is, was President Akufo-Addo correct in saying that domestic debt will not face any ‘haircut’?

Bloomberg is reporting that Ghana’s creditworthiness may be downgraded to ‘RD’, from ‘CC’. The downgrade, it said, reflected the increased likelihood that Ghana will pursue a debt restructuring given mounting financing stress, with surging interest costs on domestic debt and a prolonged lack of access to Eurobond markets.

Many analysts believe that a debt restructuring may lead to ‘haircut’ or downward review of existing interest rates of Government of Ghana securities such as bills and bonds. Alternatively, the tenor of the investments may be extended.

The Head of EMEA Sovereign Ratings, Jan Friederich, noted that if talks with the International Monetary Fund led to debt restructuring, the country risks a further downgrade.

“If a debt restructuring is part of the agreement with the IMF, then, in terms of default risk, that will supersede any benefit from the financing support that Ghana might get from the IMF,” Mr. Friederich is quoted by Bloomberg.

Also, “a restructuring would likely lead to the relevant rating being placed in restrictive default,” he said.

That rating is assigned to an issuer that, in Fitch’s opinion, “has experienced an uncured payment default or distressed debt exchange” on a bond or loan but hasn’t entered into bankruptcy or some other form of administration.”

The country began formal negotiations for the extended credit facility programme with the IMF in September 2022 to bring stability in the economy, which has experienced rapid depreciation of its currency – the cedi, soaring inflation and interest rates.

This was after cutting its 2022 discretionary expenditure by as much as 30%. However, this did not deter investors from dumping Ghana’s Eurobonds.

Bloomberg reported in September 2022 that Ghana was considering restructuring part of its 190.3 billion ($13.6 billion) of local debt, as part of the talks with the IMF. A committee was formed in October 2023 to solicit views from bondholders for a debt management strategy.

Some investment banks have since communicated to their clients that intent, advising them to avoid withdrawing or liquidating their investments since they may lose their interest.

“We would be looking at which part of the debt will be affected,” Jan Friederich said.

“There are still open questions about what decisions they are going to make about the inclusion of local currency or foreign currency debt; we assume for the time being that both will be incorporated.”

Ghana’s 2030 dollar bonds may be excluded from any restructuring because they were partially guaranteed by the World Bank, he said.

DISCLAIMER: The Views, Comments, Opinions, Contributions and Statements made by Readers and Contributors on this platform do not necessarily represent the views or policy of Multimedia Group Limited.
Tags:
Bloomberg
Downgrade
Fitch
IMF