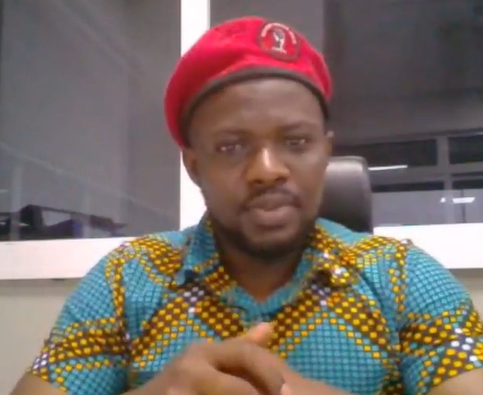 The Economic Fighters League has indicated that its outfit and #FixTheCountry campaigners will not be derailed or intimidated by the unfortunate passing of activist, Ibrahim Kaaka Mohammed.

Fighter General of the League, Hardi Yakubu in a news conference, Monday, said: “those who think they can silence us by intimidation, harassment and violence – they cannot.”

According to him, campaigners across the country fighting for a better Ghana will not rest until they have discharged their duty.

“Kaaka’s life has been taken but his death will not be in vain. I encourage all patriotic citizens across the country to not be derailed by the work of the evil ones who have sworn to not rest until they silence us.

“I encourage all patriotic citizens, all fighters, all fix the country activists, wherever you are, do not be silenced. They cannot silence us because once we keep quiet, then they win. We have to show that all their actions will be in vain and they will pay for their crimes,” he added.

Ibrahim Kaaka Mohammed was attacked by two assailants in Ejura in the Ashanti Region on Saturday. He was then taken to the Komfo Anokye Teaching Hospital for treatment after being struck on the head several times.

He was, however, on Monday, June 28, pronounced dead.

Following the ghastly manner with which he passed away, the Economic Fighters League has demanded immediate justice and thorough investigation into the activist’s passing.

Also, Hardi Yakubu has called out the President to intervene in the matter. He noted that under the Akufo-Addo-led administration, the freedom of speech to be enjoyed by Ghanaians is being infringed upon.

“Mr Nana Akufo-Addo, is this all there is to it? Is this the leadership? We’ve got to a point where people are now being killed merely for saying that there is something wrong with their communities.

“This is not the country we are ready to settle on. We will continue to fight until what needs to change, changes,” he concluded.