#FixTheCountry: Government is doing itself a disservice if it keeps being mute – Dr Kobby Mensah 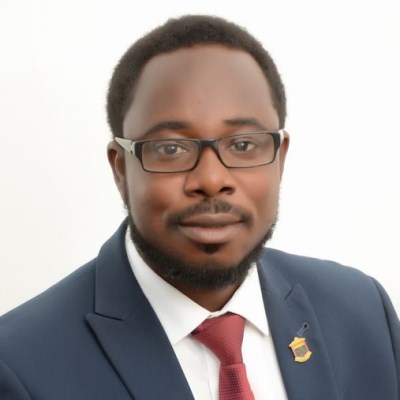 A Senior Lecturer at the University of Ghana Business School has criticised the government over its failure to address concerns registered by citizens over the country’s growth.

According to Dr Kobby Mensah, the governing party is doing itself a disservice if it keeps being mute and allows people to go at them without commenting on the issue at the end.

“I would have expected that the government would have addressed long ago, it’s been 4 days since this movement started and we haven’t had any response from the government, I think I have heard that the Vice President has issued some statement on Facebook I haven’t actually checked myself.

JoyNews/AdomNews · #FixTheCountry: Government is doing itself a disservice if it keeps being mute – Dr Kobby Mensah

“But we have seen government officials passing comments here and there on the social media platforms but they are all uncoordinated because they keep saying different things at different times. Along the line, you will even have a feeling that some of them have actually shown remorse on some of the things that they said,” he added.

His comment follows some concerns raised by a majority of unhappy Ghanaians mostly the youth declaring their intent to embark on a demonstration on Sunday, May 9.

The protest which has been tagged #FixTheCountry is to vent their spleens over what they describe as a failure on the part of successive governments to improve the lives of the citizenry.

Speaking to Evans Mensah on Joy FM, he indicated that it is imperative for the government to publicly state the specific sectors it has been able to develop during its first term and few months into its second administration.

“If they want to show that they have actually performed then they would have to speak to the public and then show where the performances are because why would people complain if they feel like you have performed or they feel you have delivered.

“Then of course you are claiming that if you have delivered then come and demonstrate to the people that have ABC and they will confirm if indeed you have done or not,” he stated on Thursday.

He further explained that claims that persons protesting are members of the National Democratic Congress (NDC) are false adding that “other Ghanaians who are not NDC nor NPP and so when they voice out their concerns you have to address them directly, you do not have to have NDC in your focus and as a result dismiss the concerns of the people”.

Meanwhile, the National Organiser of the NPP, Sammy Awuku has defended its track record on improving the living conditions of Ghanaians insisting on present challenges that have sparked the #FixTheCountry protest on social media will be addressed.

According to Mr Awuku, many challenges in the education, health and infrastructure sectors of the economy have been fixed since President Akufo-Addo took office in 2017.

Mr Mensah added that, although government officials have passed comments on social media platforms he believes the most appropriate way to address the concerns of citizens is to “respond in a very coordinated manner that people will be satisfied.