#FixTheCountry: We expected government to listen instead of speak – Convener 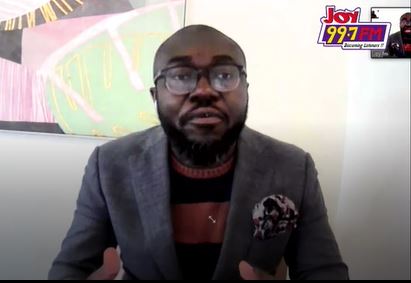 Convener of the #FixTheCountry campaign, Oliver Baker-Vormawor has described as flawed, the approach by government to address their concerns.

According to him, he had expected the government to have adopted a listening approach during their meeting, instead of having the Finance Minister address the state.

“A lot of people were not expecting the Finance Minister to speak because a lot of people felt that Sunday was about letting Ghanaians speak for government and other state institutions to take the back seat and listen and there was a failure of listening and that is what a lot of people are frustrated about generally,” he said.

Speaking at the press briefing dubbed ‘Rebuilding Ghana’s Economy’, he said the Akufo-Addo-led government is on course to fast-tracking policies to improve the livelihoods of citizens.

However, Mr Baker-Vormawor indicated that such a response is not what Ghanaians were expecting from the government since Ghanaians no longer trust the voice of state institutions.

He added that the country is gradually turning into a country of what he termed “quick fixes”.

Citing the murder of a ten-year-old boy in Kasoa and the subsequent shutting down of 49 unlicensed TV stations purported to be propagating such activities through their operations, he explained that government is quick to provide solutions to occurring problems without conducting proper research that will lead to finding lasting solutions to these problems.

In addition, he noted that for government to successfully meet the citizens’ demands, they needed to draw on historical templates that call for the engagement of the youth in a broad discussion on how the ailing structures need to be fixed.

“Let’s go back to the basics in the process that brings everybody into the conversation. That the problems that government thinks it knows, that the problems that about 600,000 people are tweeting about, putting up online can be brought into a framework and a structure and we can have a conversation that compromises are made, negotiated, arrangements are arrived at, that meets the needs of every Ghanaian.

“And we need to put that process in place. Without that process, we‘ll just be fighting against each other and claiming that somebody who’s saying that it’s the structure of government is not saying anything specific,” he said.

In conclusion, he stated that government needs to rebuild trust in people’s ability to take government at its word and believe that their word is their bond. And if we don’t have that, we cannot commit to a project which we are unable to subscribe to or place faith in.”

DISCLAIMER: The Views, Comments, Opinions, Contributions and Statements made by Readers and Contributors on this platform do not necessarily represent the views or policy of Multimedia Group Limited.
Tags:
#FIxTheCountry
Ken Ofori-Atta
Oliver Barker-Vormawor