#FixTheCountry: We’ll use the courts to set aside order against May 9 protest – Economic Fighters League 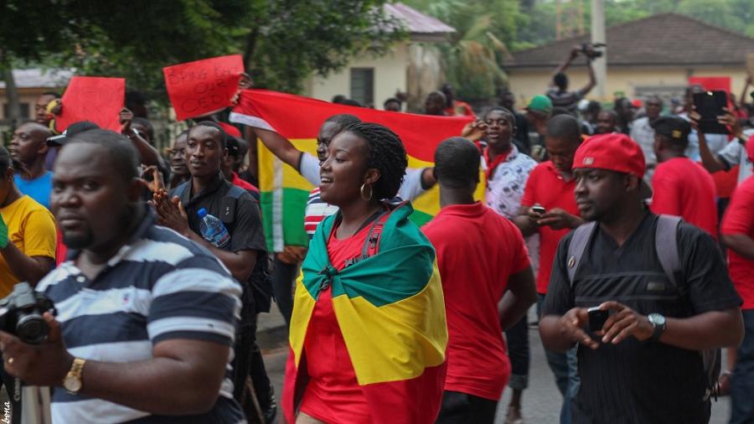 The Economic Fighters League has noted that it would seek legal redress to set aside a restraining order from a High Court secured by the Ghana Police Service against the scheduled #FixTheCountry.

Fighter General of the League, Hardi Yakubu in an interview on Joy FM Thursday revealed that the group will exercise its civic right by using the court to get the decision rescinded.

“We have been served with an order from the court restraining us from holding ‘FixTheCountry’ protest on Sunday, May 9, 2021.

“We are law-abiding citizens and we will respect the court’s order but this court order will not prevent us from exercising our rights and therefore we will seek to set aside this court order by appealing to the same judicial process the police has used,” he said.

The Police earlier today secured a restraining order to prohibit the upcoming protest organised by some aggrieved citizens, mostly youth.

Parts of the order read, the affected party is denied the opportunity to protest on the said date “or any other date until the restriction on public gathering is lifted.”

In response to the High Court’s order, Mr Yakubu described the development as sad indicating that its ambiguity is an affront to many concerned Ghanaians demanding accountability from the government.

“The order is too sweeping to say that we cannot hold any protest on 9th May or any other day afterwards. I mean clearly this is an affront and it is not something we intend to take lying down. So basically we have received the court order.

“Of course everybody knows that this is a bad move that has come from the Police and all the other people who purported to be meeting with us to find common ways of dealing with this issue,” he lamented.

According to him, the move by the police comes as no surprise to the group following the security services’ decision to hinder government accountability.

He noted that for the past years, there seems to be a disagreement with the Police Service and organisations who seek to demand accountability from the government through legal and rightful channels.

“This is very sad for the police to do but it is not surprising because that is exactly what they have been doing over the period and we have had several of such experience with the Police. I think that there is always misunderstanding between the police and people who wish to hold events that call for accountability from all our leaders,” he said.

For Hardi Yakubu, it is unfortunate the police resulted in such a decision especially when it would ultimately benefit from the improved society the group is earnestly fighting for.

#FixTheCountryNow has been topping Twitter trends for days in Ghana.

Social media users, largely the youth, in their posts have been highlighting some inadequacies.