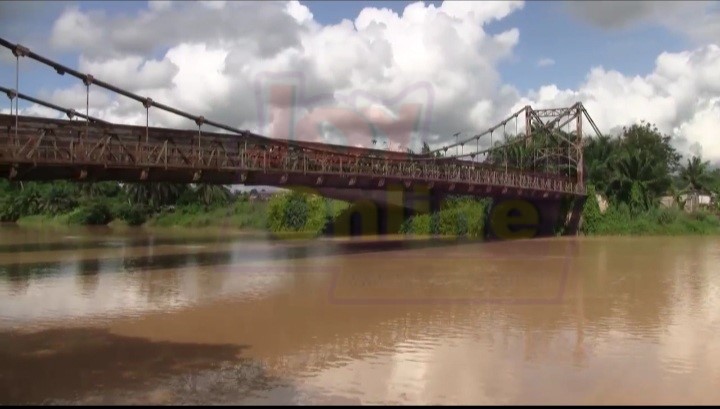 Flooding within the River Pra basin is expected to get severe as a result of increasing human activities.

A study by the Meteorology and Climate Science Unit of the Department of Physics, KNUST, has revealed.

The Pra river basin has recently become topical due to deforestation and illegal mining without land reclamation.

These activities have been reported to negatively impact the ecosystem.

The river which covers the Ashanti, Eastern, Central and Western regions is inhabited by about 7 million people.

The research led by Ms. Marian Amoakowaah Osei investigated the weather pattern of the area in the last 40 years.

“We first studied rainfall variability by assessing the continuous rainy and dry days and the atmospheric conditions responsible for rainfall at the Pra catchment over the last 40 years,” she said.

The work which forms part of her PhD thesis, employed a method known as hydrological model (SWAT) to simulate floods and the factors that interplay between rainfall and flood occurrence at the catchment.

“After that, we checked the expected rains from 5 to 100 years and the chances of specific flood volumes occurring again at various sub-basins of the Pra catchment,” she elaborated.

The researchers found that frequent flooding is expected at the south of the Pra river basin.

This is due to increased flood volume of more than 3,500 cubic meters or about 920,000 gallons per annum.

The scientists therefore warn of the high cost of processing water for human consumption due to the situation.

“The high cost of freshwater processing for human consumption is envisaged due to increasing pollution and sediment load,” she said.

The supervisor, Prof. Leonard Amekudzi presenting findings of the study in Kumasi, advocated rainfall harvesting as a mitigation measure.

“Rainfall harvesting should be encouraged to reduce flood and aid climate-smart agriculture.

“Construction of dams and reservoirs and strict enforcement of bye-laws banning indiscriminate dumping of refuse in drainages.

Prof. Amekudzi again believes training of NADMO staff on flood control and media advocacy on the worsened state of the Pra River will be crucial.

“Besides, the government should develop strict intervention laws to curb illegal mining in the basin,” he added.

A three-year project known as FURIFLOOD is expected to provide further research on flood forecasting, management and control over the Pra and other West African river basins holistically.