Food supply has increased significantly under my watch – Afriyie Akoto 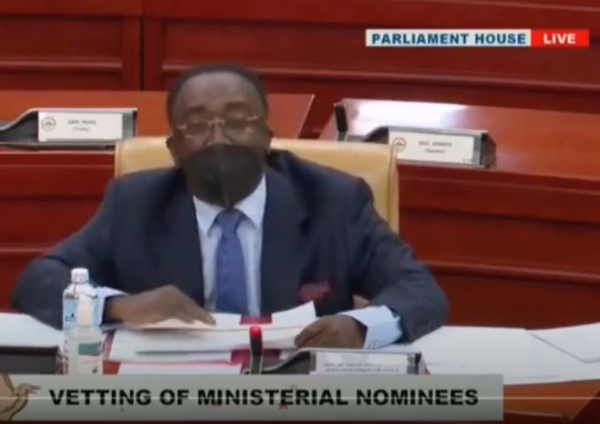 The Agric Minister-designate, Owusu Afriyie Akoto has indicated that the food supply in the country has grown significantly under his watch as Agric Minister.

He said this is evident by an increase in food items in various markets across the country.

“It’s so obvious. If you go to our markets, even in the midst of our dry season, form the North, to the East, to the West, [across the country], you’ll see along the high roads and even the minor roads, a lot of food being sold,” he said.

He made the comment during his vetting Friday where he indicated that prices of food items have gone down significantly as well.

Comparing his tenure to that of his predecessors, he noted that, prior to his appointment in 2017 specifically in 2016, the highest amount of maize production in the country was 1.8 million metric tonnes.

He said his sector projected a 3.1 million production of maize in 2020, however, a massive drought in the South of the country during the main producing season hampered the expected growth.

“[Even so] we were able to produce 1.9 million metric tonnes,” he said.

That notwitstanding, he mentioned that there have been significant increases in the production of other food commodities across the country including rice.

“I’m very confident and there are a lot of people who will bear witness to the fact that supply of food in Ghana has improved considerably under my watch,” he said.

Dr Owusu Afriyie Akoto has been appointed as Minister for Food and Agriculture for a second time.

His first tenure was during President Akufo-Addo’s first term.

The Minister-designate oversaw the implementation of various projects under the Agric sector including the Planting for Food and Jobs project.

Rendering account of his four stewardship, he stated that he has contributed immensely to the development of the Agric Sector.

He also mentioned that per the latest statistics from the Central bank) the Agric Sector contributes about 19% of the country’s GDP.

DISCLAIMER: The Views, Comments, Opinions, Contributions and Statements made by Readers and Contributors on this platform do not necessarily represent the views or policy of Multimedia Group Limited.
Tags:
Food and Agric Ministry
Ministerial appointments
Owusu Afriyie Akoto