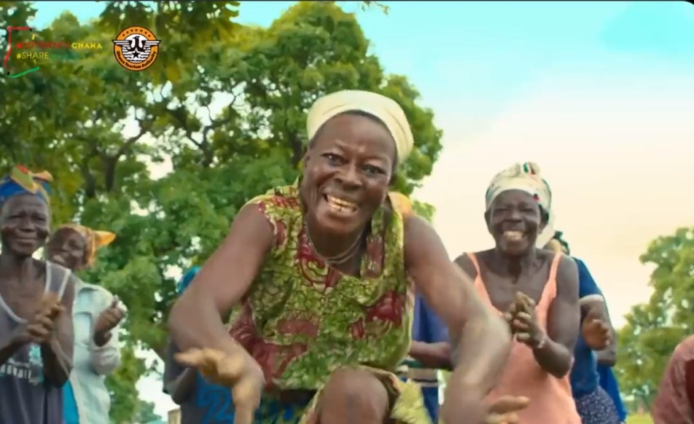 This footage, which is originally from the 'Guda' music video, features in video promoting tourism

The Ghana Tourism Authority (GTA) has dismissed claims that some footage used for the new tourism promotional video which features President Akufo-Addo was pirated.

The Authority noted that “according to Clause 2 (b) of the MOU signed with the Agency (Obligations: Responsibility of the Agency), the Agency was to “Deliver imaginative and impactful social strategies, such as content or documentaries for the use of GTA ‘as it so wishes’.”

“This video has thus been played several times locally and internationally without any issue. The content was used in accordance with the terms agreed with the agency and not as being alleged,” they added.

This comes after musician Kirani Ayat called out the Tourism Ministry and the Authority for copyright infringement. This was after a video shared on President Akufo-Addo’s social media handles promoting tourism used footage from his ‘Guda’ music video.

The two-minute video featured different scenes from different parts of the country and a voice-over by the President encouraging tourism.  The video directed by David Nicol-Sey was shot mainly in the Northern part of Ghana showcasing the culture and the beauty.

Kirani Ayat who was not pleased to see his work used without his consent noted that he spent his all in making the video without aid from anyone and yet he was not compensated after his content was used.

Whoever worked on this video should’ve reached out to the rightful content owners before proceeding. I spent my all in making GUDA possible, I’m sure you were paid for this job, where is my cut ?

Kirani Ayat added that “whoever worked on this video should’ve reached out to the rightful content owners before proceeding. I spent my all in making GUDA possible, I’m sure you were paid for this job, where is my cut?”

He added that creatives deserve to get paid for their content especially when they had no help from anyone when making their content.

“Creatives struggle to create content with their last dime with zero support from @NAkufoAddo and @MOTACGhana. Did your team reach out to the content owners for authorisation before using @KiraniAYAT’s GUDA and @FuseODG’s African girl in promoting your “visit ghana” campaign?”

Meanwhile,  the GTA stated that despite their stance, they have reached out to the agency to deal with the issue after Kirani Ayat aired his concerns.

“This is without prejudice to any legal options available to the Authority against the Artiste and/or Agency or vice versa. The Authority has been very supportive of the Arts and has created platforms for engagement and performances for our Artistes, and we will continue to do so in our quest to make Ghana the preferred tourism destination,” they added.