Forbes: George Clooney earns more in one year than any previous actor 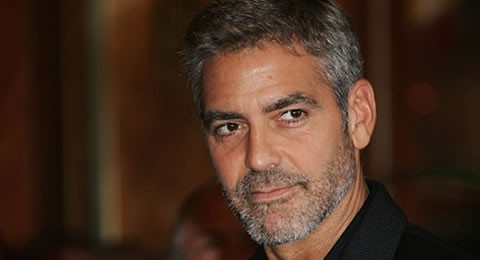 George Clooney made more money last year than any actor across a 12-month period – thanks in part to the sale of the tequila company he co-founded.

That puts him second in its annual list of the world's best-paid celebrities, a place behind boxer Floyd Mayweather.

Earlier this month Forbes said the social media star was on track to become "the youngest-ever self-made billionaire".

U2, and British acts Coldplay and Ed Sheeran are also included in a top 10 alongside global football stars Lionel Messi and Cristiano Ronaldo.

The Celebrity 100 list ranks "front of the camera" stars around the globe using their estimated pre-tax earnings from 1 June 2017 to 1 June 2018.

Of the 100 top-earning celebrities, just 15 were women – down one compared with last year's list. 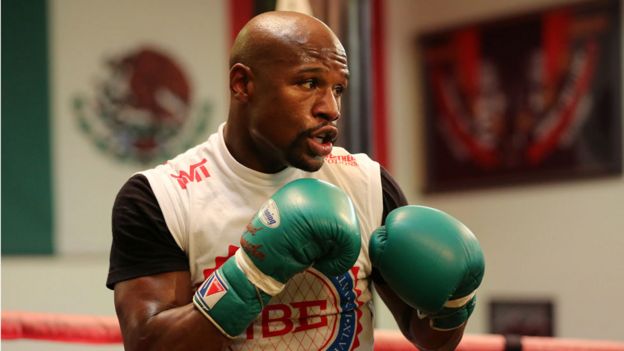 This is Mayweather's second number one spot on the Forbes list – the other was in 2015. 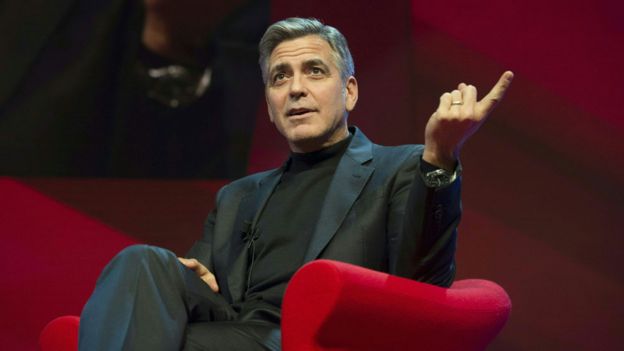 Clooney's mammoth payday comes from the sale of his Casamigos tequila company to drinks giant Diageo in a deal worth $1bn (£753m).

The star, who was recently injured in a motorbike accident in Sardinia, founded the company in 2013 with friends Rande Gerber and Mike Meldman. 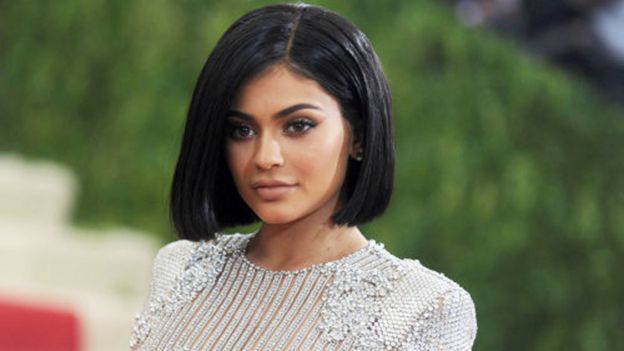 The youngest of the Kardashian sisters, Kylie Jenner has earned her place at number three after founding a cosmetics empire.

A family reality show and 110 million followers on social media has also done its bit to help. Forbes magazine says Kylie is now worth almost three times as much as her sister, Kim, at an estimated $900m (£680m) and is on her way to becoming the youngest self-made US billionaire.

The 20-year old was a newcomer on the list last year, but has since had quite a significant jump up from 2017's 59th place. 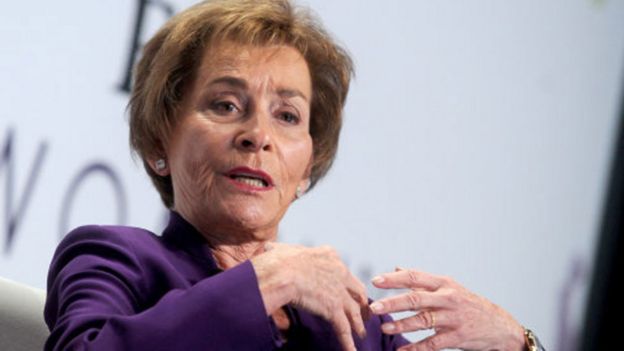 Judy Sheindlin, AKA Judge Judy, comes fourth in the countdown with estimated earnings of $147m (£110m).

Judge Judy's been on the air for 22 series and is watched by an average of more than 10 million viewers a day.

She sold the rights to her extensive library for an estimated $100m (£75m) in 2017, which accounts for this year's high listing. 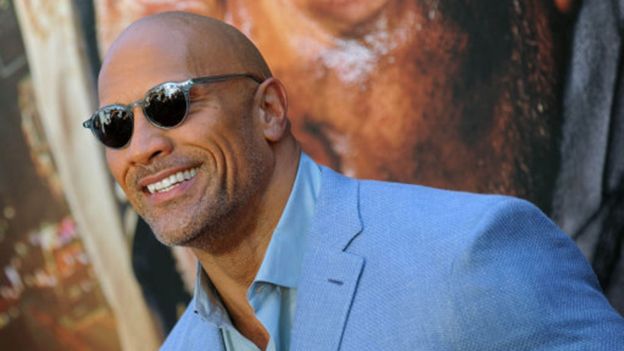 Dwayne Johnson, the wrestler turned actor also known as 'The Rock', is ranked fifth with an estimated pre-tax tally of $124m (£93.4m).

The 46-year-old's acting-related earnings – the vast majority of his $124m haul – are the largest ever recorded in the 20 years Forbes has tracked the Celebrity 100. 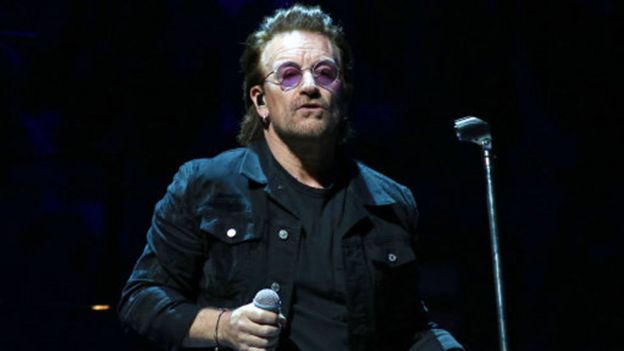 2.7 million fans turned out to mark the band's 30th anniversary of their seminal album – making it the most lucrative outing for any artist last year. 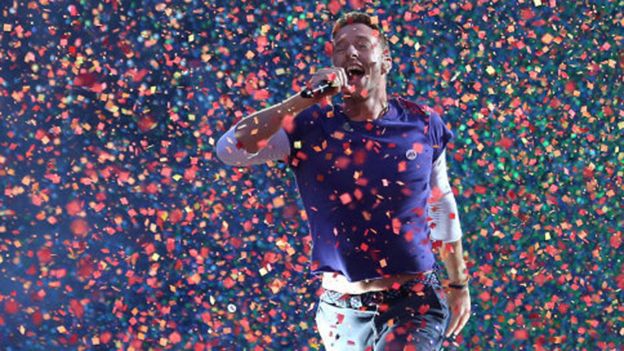 Coldplay are the first British act on the list. Putting them there was their A Head Full Of Dreams Tour, which grossed more than half a billion dollars (£377m) in its two-year, five-continent run.

That total means Coldplay trails only U2's 360 Tour and The Rolling Stones' A Bigger Bang Tour on the list of all-time highest grossing tours. 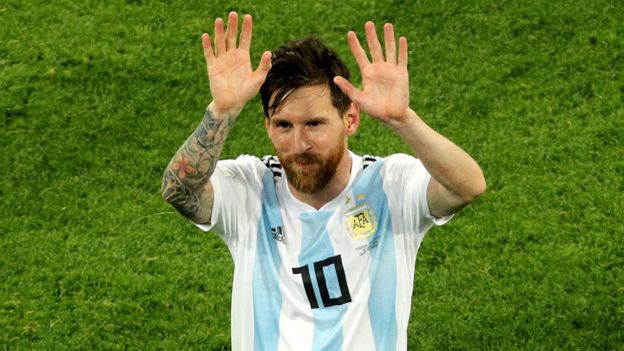 In November 2017, Messi agreed a contract extension with his club Barcelona that will pay him an annual salary and bonus in excess of $80m (£60m), making him the highest-paid footballer.

Add to that a lifelong deal with Adidas and other sponsorship contracts, including Gatorade, Pepsi, Ooredoo, Huawei and Hawkers, and things are looking pretty tidy for Leo.

A theme park based on the Argentinian, the Messi Experience Park, is set to open in 2020 in the Chinese city of Nanjing. 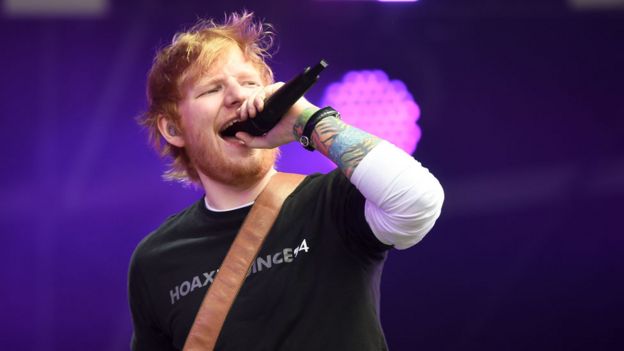 Sheeran is the world's highest-earning solo musician on the list.

The 27-year old was the world's most streamed artist of 2017. His album ÷ was the biggest album of the year, racking up 3.1 billion streams around the world, while Shape of You became Spotify's biggest track of all time. 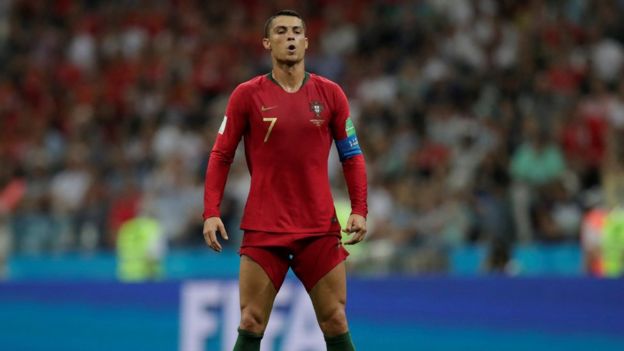 He was one of the World Cup's top scorers, and this year also received his fifth Ballon d'Or.

Having spent a lucrative nine years at Real Madrid, the football star made a £99.2m move to Italian side Juventus earlier this month.

His lifetime contract with Nike is worth upward of $1bn (£754m). 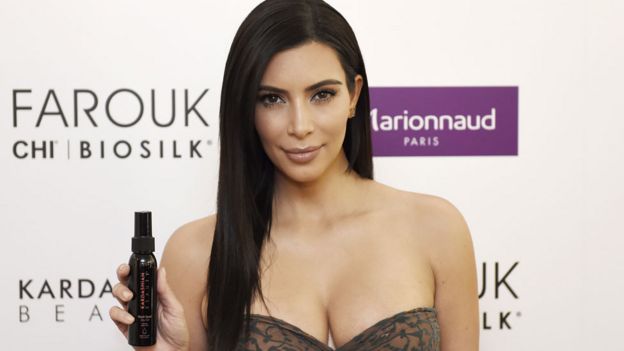 Many of this year's best-paid celebrities have monetised their strong social media presence, and in doing so, have shot up the rankings of the top 100.

Speaking to BBC News, Zack Greenburg, Forbes senior editor of media and entertainment said: "Two of the biggest stories in entertainment this year are Kylie Jenner and The Rock, who have used their massive followings to make an ungodly amount of money.

"In Kylie's case, she's used it to make a business; and in Dwayne Johnson's, he takes his followers from film to film. It makes them an incredibly attractive prospect.

"They both have among the top 10 social media followings in the world, and it's no accident that they're in the top five on this list."

Similarly, Kim Kardashian West jumped from number 47 in last year's list to 30 this year – helped in no small part by the launch of her own cosmetics brand, KKW Beauty, in June 2017.

"Social media does play a massive part, but it's not the be-all and end-all," added Greenburg. "George Clooney does almost no social media and he's number two on the list."