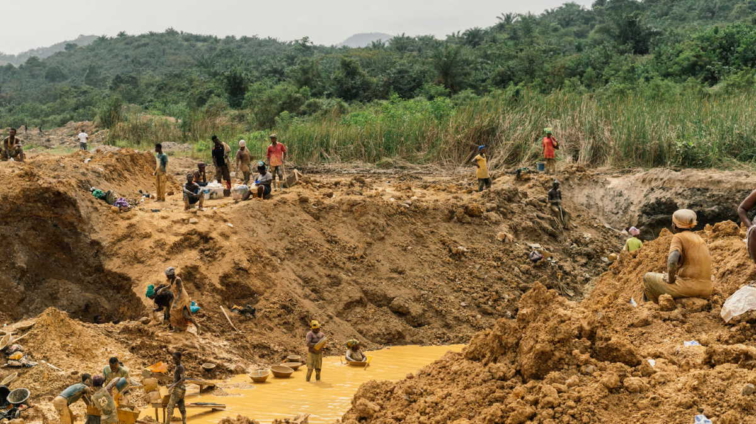 The Forestry Commission, through its surveillance task force, has arrested five illegal miners in the Bosomtwe Forest Reserve of the Ashanti Region.

The suspects were subsequently arraigned before the Asante Bekwai Circuit Court on Monday.

Speaking to the media on the issue, a Deputy Minister of Lands and Natural Resources, Benito Owusu Bio, said illegal miners have recently been drawn to the Bosomtwe Forest Reserve.

“This is the third time I’m coming to this area and I think this place is very endemic with illegal activities.

“Forest Reserves are no-go areas for illegal mining activities, they are red zones. So anybody caught doing this, will be prosecuted. We’ll be praying to the Judiciary to expedite action on the cases,” he noted.

On his part, the CEO of the Forestry Commission, John Allotey, noted that these illegal activities have devastating effects on the environment.

“Until the last decade, the focus has been on illegal logging and prevention of fire outbreak and also looking at livelihoods.

“But now we have to deal with illegal mining, It’s becoming even bigger because the impact is more pronounced than illegal logs” he stressed.

DISCLAIMER: The Views, Comments, Opinions, Contributions and Statements made by Readers and Contributors on this platform do not necessarily represent the views or policy of Multimedia Group Limited.
Tags:
Forestry Commission
Illegal mining
Mining