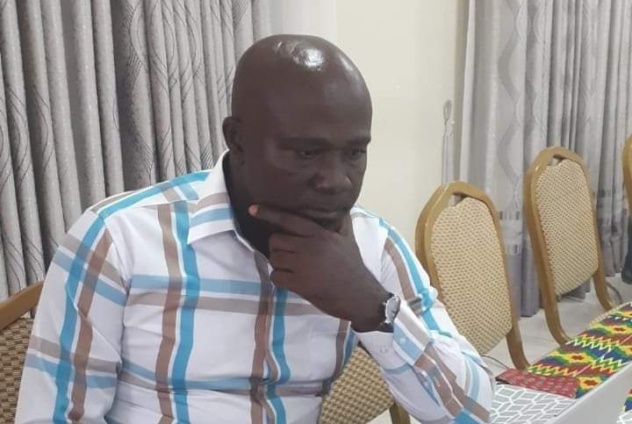 The General Secretary of the Ghana Registered Nurses and Midwives Association (GRNMA) David Tenkorang Twum has said that the Association will not rescind the 72-hour ultimatum for the dismissal of the Ashanti Regional NSS boss.

The GRNMA has issued a 72-hour ultimatum for Mr. Alex Opoku-Mensah to be dismissed or the Association would embark on strike action.

This comes after Mr. Opoku-Mensah verbally assaulted a nurse on duty at the Manhyia Hospital for allegedly speaking rudely with a house officer who is his daughter.

The NSS boss in a recorded audio is heard calling the said nurse a disappointed science student, adding that if he had the power, no General Arts student would be given the opportunity to be a nurse unless they study Science or Home Economics.

Speaking in an interview on Newsnight on Tuesday, David Tenkorang Twum noted that though the NSS boss has rendered an apology, the Association would not accept such an apology because it was a mere play on words.

“Forget about his apology; his apology was hollow and as far as I am concerned, he was playing with words,” he told host Evans Mensah.

Mr. Twum recounted that over the years, nurses have been abused by families of patients and the Association is willing to put an end to this phenomenon.

“Two years ago, a community health nurse was trapped to death, and as I speak with you, it has not been resolved. Its starts like this, we do not want to be reactive, but proactive. The man actually threatened the young lady. So it’s not just about the insults and the uncouth behaviour that he exhibited, but we think there is a need to protect nurses and midwives,” he added.

Meanwhile, the Management of the National Service Scheme (NSS) has invited Mr. Opoku-Mensah for preliminary investigations into the matter.

DISCLAIMER: The Views, Comments, Opinions, Contributions and Statements made by Readers and Contributors on this platform do not necessarily represent the views or policy of Multimedia Group Limited.
Tags:
Alex Opoku-Mensah
Ashanti Regional NSS Boss
Assault
GRNMA