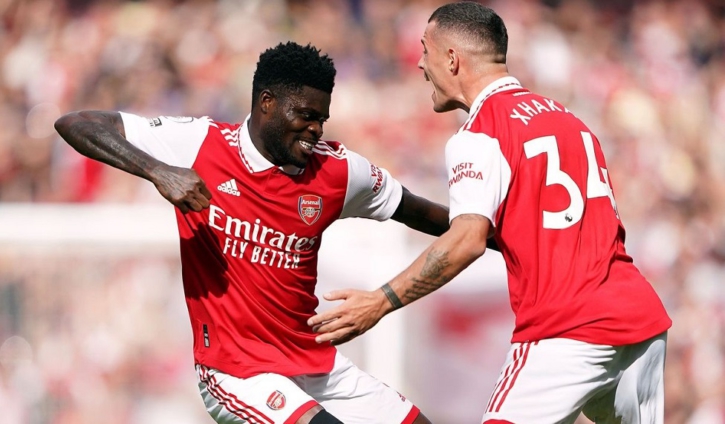 Former Arsenal midfielder, Emmanuel Petit, has called on the club to go on the market and sign a backup for Ghana international, Thomas Partey, in January.

Partey has been key to Arsenal’s style of play since joining them from Atletico Madrid in the 2022 summer transfer window but injuries have seen fans get frustrated with him at some point.

In the current season, the 29-year-old has had to sit out four games for Mikel Arteta’s side due to injuries, a run that includes their only league defeat so far to Manchester United.

Petit, who was a fans favourite at the Emirates Stadium, however, believes the winter window should be used by the club to acquire a substitute for the Ghanaian

“I’ve been very impressed by Grant [Xhaka] and Partey this season, they bossed the midfield against Spurs. But they can’t do it on their own,” Petit told Compare.bet.

“Especially if there are injuries. Arsenal need another holding midfielder. I’m not convinced by the other options, like Elneny. In the next transfer window, they should definitely be active in looking for another midfielder.”

Partey scored his first goal of the season last weekend when Arsenal beat Tottenham Hotspur in the North London Derby.

DISCLAIMER: The Views, Comments, Opinions, Contributions and Statements made by Readers and Contributors on this platform do not necessarily represent the views or policy of Multimedia Group Limited.
Tags:
Arsenal
Emmanuel Petit
Thomas Partey