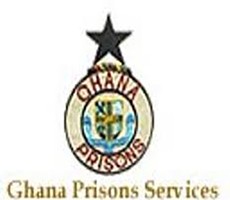 The Borstal Institute at Maamobi, Accra has come under criticism by a former inmate who accuses officials there, of supervising illegalities such as smoking of marijuana and pornography.

The facility which is now known as the Senior Correctional Centre is for minors arrested for criminal offenses. The centre is expected to reform inmates so they can fit into society easily after their stay at there.

But speaking on the Super Morning Show, Monday, October 6, 2014 Moses Louis Ametame who was arrested at age 17 and detained at the centre from March 31, 2004 to March 31, 2007 on assault charges, claims the inmates who reported illegalities there were victimized.

“The officer arrested five of us and put us in a pigeon that ‘why did you report your seniors when they were smoking?’

Moses added: “Borstal is a place that is supposed to change people, but the people that are supposed to take care of us some of them are not helping us to change.”

“The people there are not helping us to change; not all of them are bad, but only a few are good”.
Meanwhile, authorities at the Ghana Prisons Service have declined a reaction to the claims for now.