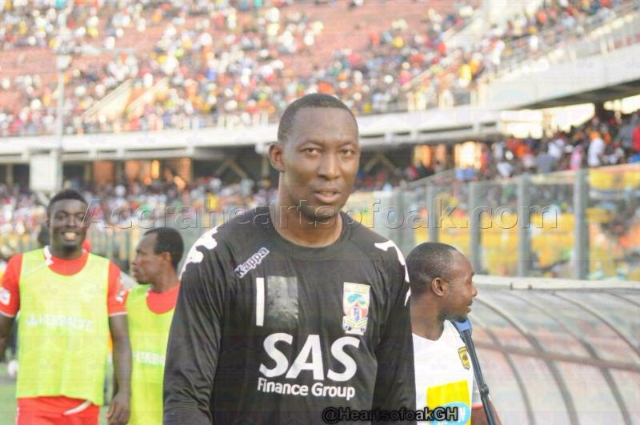 Burkina Faso football has been dealt a huge blow following the sad news of the death of Stallions shot stopper Soulama Abdoulaye on Friday afternoon, Burkina24.com has reported.

The former Asante Kotoko SC and Hearts of Oak goalkeeper who also played for ASFA Yennega of Burkina Faso passed away in Bobo Dioulasso at the age of 37 after a long illness.

He will be buried in his hometown, Banfora early today per Islamic conventions.

Following his return from Ghana where he spent a large part of his career, Abdoulaye Soulama was out of football and stayed in his hometown in Banfora before losing his life in Bobo-Dioulasso where he was receiving medical care.

The former first-choice goalie for the senior national team of Burkina Faso, The Stallions, had been hospitalized at the beginning of the year at the Banfora Regional Hospital.

Born on November 29, 1979, Abdoulaye Soulama began his first steps in football at the Comoé Sports Union (USCO) in Banfora.

He has also moved to clubs such as the Sports Association of Bobo-Dioulasso Officials (ASFB) and ASFA Yennenga. His last club was Accra's Heart Of Oak, which he joined after leaving Asante Kotoko of Koumassi (Ghana) where he was also the captain.

He had a tour in Algeria (CA Batan) before spending two years at the Turkish club Denezilispor where he played 25 games in two years.

The third choice goalkeeper at the 1998 African Cup of Nations (CAN) in Burkina Faso, Abdoulaye Soulama won the silver medal at the 2013 CAN in South Africa under coach Paul Put.

Abdoulaye Soulama is part of the legend of the great goalkeepers that Burkina Faso has known.

Last April, his brother lost his life following a traffic accident after he had lost a sister while serving his country at the 2013 Africa Cup of Nations