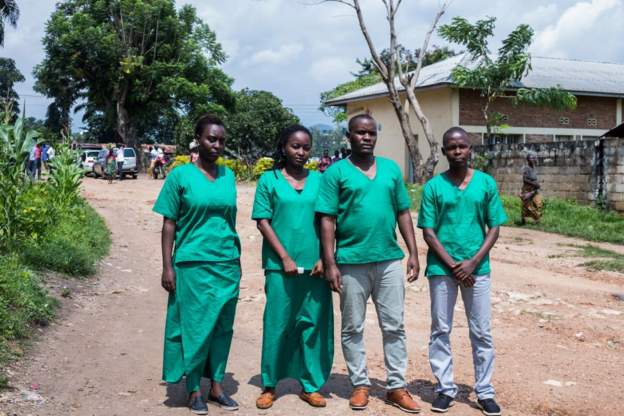 Four journalists in Burundi, Agnès Ndirubusa, Christine Kamikazi, Térence Mpozenzi and Egide Harerimana, have been sentenced to two-and-a-half years in jail each after a court found them guilty of threatening the security of the state.

The journalists from the Iwacu newspaper and their driver were arrested in October while investigating fighting between government soldiers and a rebel group near the Congolese border.

The driver was acquitted by the court.

The journalists’ lawyer said they were surprised and would appeal against Thursday’s ruling.

“We had given proof to the court that the journalists were simply doing their profession,” Clement Retirakiza told the BBC.

Human Rights Watch said the four were prosecuted for doing their work.

However, the prosecution told the BBC that the journalists were not held because of their profession.

Earlier this month, the EU parliament condemned the government of Burundi for “intimidating, violating and prosecuting without real charges independent journalists, opposition and rights activists”.

Rights groups accuse the Burundian government of oppressing the media. Since 2018 the Voice of America and the BBC have been banned from broadcasting in Burundi.