Francis-Xavier Sosu: Decision not to execute prisoners on death row has rather lowered crime rate - MyJoyOnline.com

Francis-Xavier Sosu: Decision not to execute prisoners on death row has rather lowered crime rate 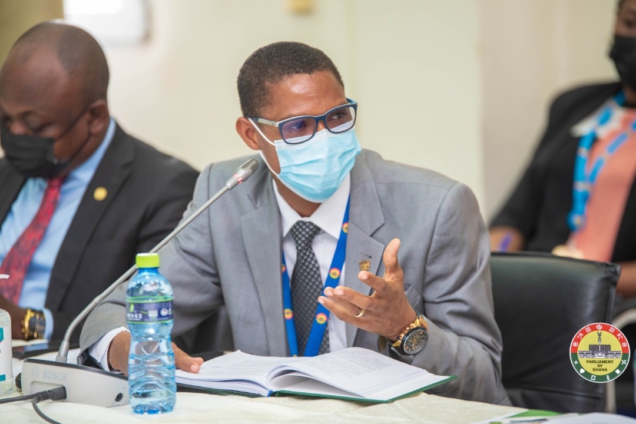 Great exercise for God and Country. Deputy Attorney General, Mr. Alfred Tuah-Yeboah’s views on the death penalty was an anti-climax for me.

Though I respect his right to his opinion and would not use that as a basis for rejection of his nomination, I consider his view on death penalty as very retrogressive and inconsistent with the direction of the state. Since 1992, no President has signed a death warrant to execute any of our brothers and sister on death roll.

On page 58 of the 2020 Amnesty International Global Report on Death Sentences and Executions, Ghana together with some 27 countries were described as Abolitionists in Practice.

This is so because there had not been any execution during the last 10 years and are believed to have a policy or established practice of not carrying out executions.

As at the close of 2020, 160 persons comprising of 155 men and 5 women are serving death sentences. With each passing day, they are traumatized and are emotionally and mentally tortured with the sense of waiting to be killed.

The 2010 Constitutional Review Commission’s recommendations that were accepted by the Government of Ghana over 9 years ago shows clearly that Ghana’s position on the death penalty is to abolish it.

Contrary to the Deputy AG’s assertions that abolishing death penalty will lead to increased murders, countries that have abolished death penalty have rather recorded low crime rates including low murder cases.

It is time to take death penalty from our statute books even if it will take the introduction of Private Member’s Bill (PMB).

I hope my Private Member’s Bill on this subject gets the necessary support to settle this matter.

The writer, Francis-Xavier Sosu is a private legal practitioner, human rights lawyer, MP for Madina Constituency, Member of Appointments Committee and Deputy Ranking Member of the Constitutional, Legal and Parliamentary Affairs Committee of Parliament. He can be contacted via: francisxavier.sosu@gmail.com